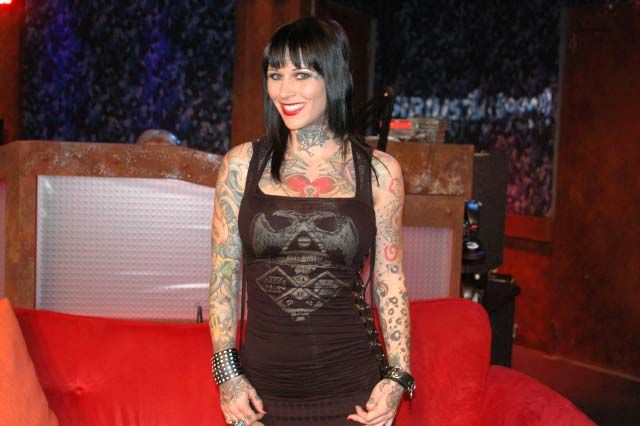 They Met on MySpace

Howard was more interested in her affair with Jesse James, so Michelle began by saying she met Jesse on MySpace: “I friend requested him and he messaged me back…we talked for about a week before we hung out.”

Jesse first invited her to his motorcycle shop: “He was going to show me around and show me some stuff.”

The shop tour ended in his office–on his coffin-shaped couch: “On the couch…it was hot. Yeah. It wasn’t excellent. It was fun…I think I got bent over the coffin couch.”

Michelle said Jesse’s penis was “very average” but his hands were strong: “He literally ripped [my leggings] off because they’re spandex…ripped them right off.” 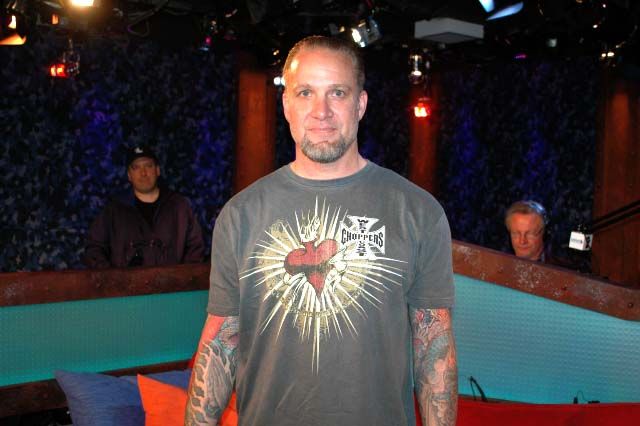 Michelle refused to say whether or not Jesse used condoms when he was with her, but did reveal that he was able to have sex with her 4 times a night–twice a week.

Michelle said she felt for Sandra Bullock (“I feel bad for her. I do.”) but thought she should share the blame: “They slept with 9 dogs in the bed…she liked to sleep with all the dogs in the bed.”

‘I Didn’t Even Get a Slice of Pizza’

Howard thought he sensed another side to Jesse when he was last on the show, but Michelle said he was pretty forthright: “He’s kinda hard to get stuff out of, but when he opens up, he’s a real funny guy.”

Michelle said she’d been in it for Jesse, not what he could give her: “He gave me a t-shirt once…it had wolves on it.”

He never even took her out to eat: “I didn’t even get a slice of pizza.”

So, About Those Nazi Tattoos… 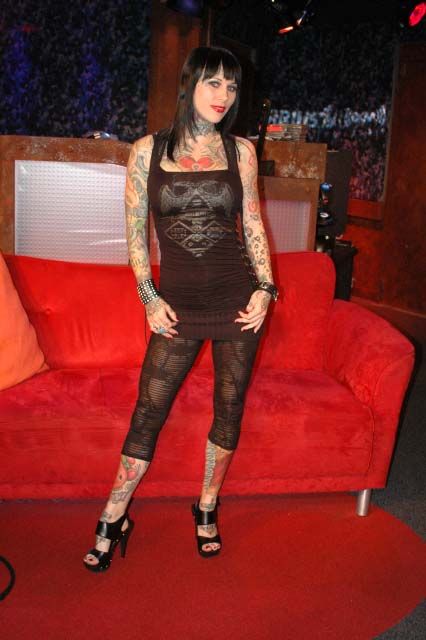 Howard asked about Michelle’s ‘Nazi’ tattoos, so she claimed she’d gotten them when she was in her late teens: “It was just something I did. Young, stupid, naive…started running with a bad group of kids, got into stupid stuff. Things I regret.”

Michelle denied that she’d return to stripping–she’ll now be feature-dancing (“Just topless.”), as she has a unique look: “I have a special taste the guys like. Not a lot of girls can pull it off.”

She’s also a representative (and client) of AshleyMadison.com: “You don’t get lied to…you can openly talk with married guys.”

Toward the end of the interview Howard asked about the ‘cunt’ tattoo on her thumb, so Michelle clarified: “It says ‘evil cunt.’ I’m absolutely an evil cunt.”