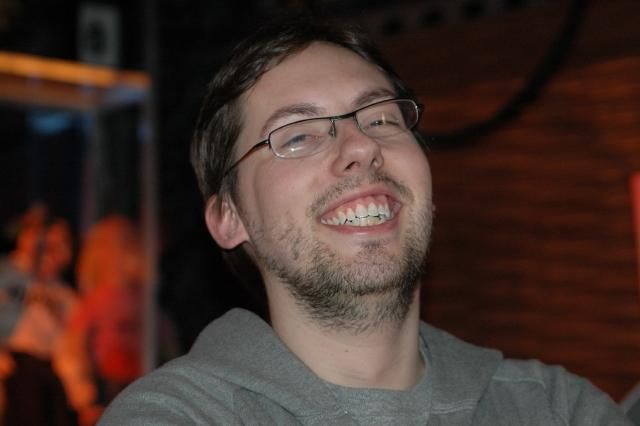 Howard asked JD to explain the oil leak in the Gulf of Mexico, so JD obliged:

“Well, I don’t know all of the uh–the uh–all the specifications. Uh, something happened where there’s–uh, a hole in a pipe or something. I don’t–I don’t necessarily know. And, you know, there’s a whole bunch of oil from an underground oil well or whatever, uh, coming up, uh, you know, and it’s spilling into the ocean and now we’re dealing with that.”

Given JD’s explanation of the oil spill, Howard asked JD to pitch the student film he never got to make at film school:

“So the basic idea was this guy is going out on his first date with this girl–he’s going out on his first actual date with a girl he’s only talked to on the Internet. So they meet–she comes to his house and they meet up and she’s absolutely gorgeous or whatnot. And during the date all this bad shit happens to him. Like, he gets beat up, he gets his credit card cut up in front of her–all this, like, terrible shit.”

Robin thought there was very little fiction in the pitch: “That’s JD’s autobiography.”

JD disagreed, noting that he had written the script prior to having his first date. JD continued: “But she, you know, she’s very OK with everything. She still seems into him and whatnot. All this–all these terrible things happen and she’s still cool. And then, at the very end, they sorta, like, kiss uh in the car. This van pulls up and there’s cameras and stuff and it’s the TV show ‘Cheaters.’ And they come and they’re, uh, they’re there for the girl. She’s actually married to, like, this really old guy.”

Howard wished it the film had a better ending: “Like, the girl ends up being a transsexual.” Prompting Fred to suggest a title for the film with the new ending: “He/She’s Just Not That In To Him.”