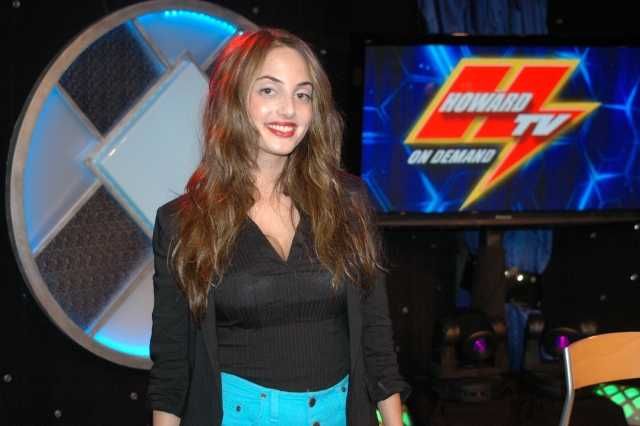 Alexa Ray Joel, the daughter of Billy Joel and Christie Brinkley, stopped by to promote her new single and told Howard that her dad never pushed her: “I don’t feel that’s really the pressure. I feel it’s more like the public eye and acceptance and I feel like it’s expected that I live up to his legendary status which is like impossible.”

But Billy did stop her before she left the house with a piece of advice: “Just cover your bust a little.”

Alexa said she’d often paid the price of her dad’s fame with boys: “You have to question [the motivation] with people you first meet. But I think with guys you can tell.”

She’s currently staying with her dad–her apartment is being renovated–so it’s not something she can escape: “I say, ‘Dad, get a job.’ He’s so involved!”

Howard asked about Alexa’s testimony in the Peter Cook case, so Alexa shrugged: “Just to testify is against my ex-stepdad was weird enough. And then to have all the press there…”

Alexa said she didn’t want to say anything bad about Peter, as he’s the father of her two younger half-siblings, but acknowledged his faults: “I wasn’t his favorite. He didn’t like me…he hated me for reasons I couldn’t control. He’s got issues, obviously.”

Making Her Own Money

Howard asked if Alexa had gone to college, but she confessed that she’d dropped out: “It got printed in the press that I took, like, a leave of absence from NYU. But really I left. I dropped out…I probably should’ve gone to Tisch.”

Alexa said that didn’t mean wasn’t motivated to generate income on her own: “Just because I never have to worry doesn’t mean I don’t want to make my own money.”

On Her Boyfriend and Her ‘Suicide Attempt’ 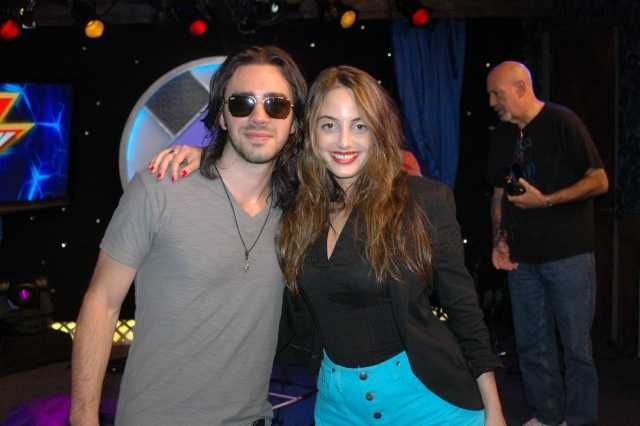 Howard then turned to Cass Dillon, Alexa’s guitar player, and asked if he was dating her.

Alexa answered for him: “We dated briefly but we’re being professional…he’s been my date to things.”

Cass acknowledged that they had a connection: “There’s mutual attraction.”

Alexa said she wasn’t ready for anything serious, as her last relationship ended in a mess: “I was heartbroken. It was–it was, um, a long time coming.”

Howard joked about the homeopathic anti-inflammation tablets that Alexa swallowed before calling the authorities: “Isn’t Traumeel a gateway drug to vitamin C?”

Alexa laughed that the tablets weren’t even poisonous–she’d just been worried about their relative toxicity: “You know what the biggest mistake was? I called 911 and I didn’t realize those calls would be made public.”

Alexa and Cass then performed her new single, ‘Notice Me.’