In the first hour of the show, Howard got RadarOnline editor David Perel on the line to discuss the site’s wealth of Mel Gibson audio tapes.

David said he had previously been Editor-in-Chief at The National Enquirer for six years and left after breaking the John Edwards scandal to work on something “more immediate.”

Releasing the Mel Gibson tapes is the biggest thing Radar’s ever done, but they weren’t bought: “No. Haven’t paid a dime.”

David explained that Oksana –Mel’s ex-girlfriend–had begun recording their conversations after he threatened her life but “I’m not going to say where we got them from…we didn’t get the tapes from her.”

David said he had about 30 minutes of tape in total and will continue to release them piece-by-piece–even if Oksana settles her dispute with Mel: “All the tapes are in our possession now.”

David joked that the tapes contained a key tip for Mel’s future girlfriends: “”I think whoever dates him next should learn certain things from these tapes…don’t go in the Jacuzzi with Mel unless you’re going to give him oral sex first. Or else he goes crazy.”

David added that Web traffic generated by the tapes’ publicity were taxing his site: “Just as much [traffic] as the site can handle. There are millions of people hitting the site.” 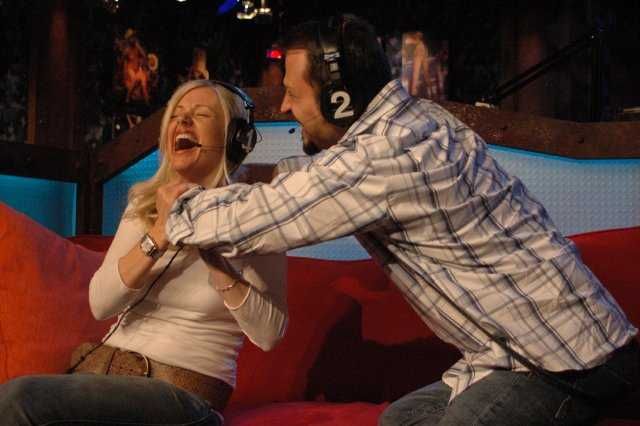 After learning that Mel Gibson might face charges for knocking out Oksana Grigorieva’s front teeth, Sal offered a piece of advice: “You don’t hit her in the face. You hit her over the head with a phonebook so they can’t see the bruises.”