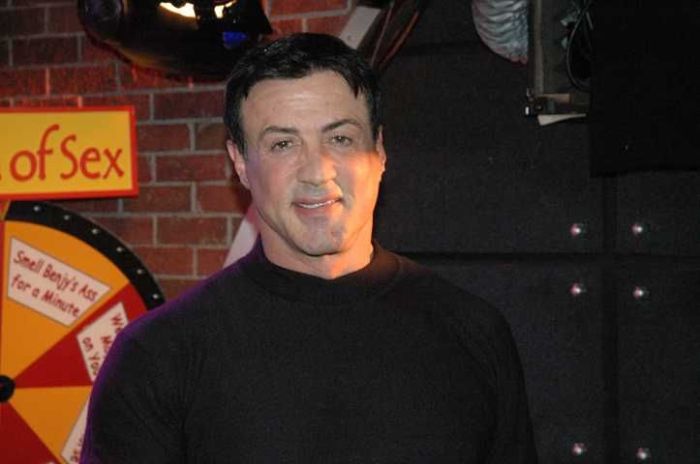 Sylvester Stallone called in to promote ‘The Expendables,’ saying he wrote the film with the intention of gathering “the last of the tough guys…and to see what happens.”

Sly said the only action stars to turn the film down were Steven Seagal and Jean-Claude Van Damme–Seagal “had a beef with a producer,” a former business partner: “I think Steven–he has his own agenda.”

Sly laughed that Jean-Claude turned ‘The Expendables’ down because he wanted to film a romantic film he’d written–‘Claude’ also planned to direct, produce and star in the film.

Sly said he’d called ‘Claude’ from the film’s Kiev premiere and promised him a role in the sequel on the condition that he film a fight scene with Jet-Li. Sly said the constant cast shake-ups and additions led to “probably about 135 rewrites.”

Sly said he liked to write his own films, as “an actor is the most disposable component in film today. No question about it. In the 80s and 90s, it was the opposite, Howard. You could sit there and greenlight ‘Cobra’ with a script that was half-baked.” Howard congratulated Sly on ‘The Expendables’ success, so Sly thanked him, saying he was happy to have beaten ‘Eat Pray Love’ at the box office: “They had three times the [promotional] budget we had. It’s just something that connects with the audience.” The film had tracked slowly early in the weekend, so when it finally came out on top, one of the studio’s execs called Sly in tears: “We beat the women! We beat ’em!”

Howard asked if Sly–now 64–was still able to maintain an erection, so Sly laughed: “Oh totally. It’s all about your partner, let’s face it.” Sly denied that he used ED pills, joking: “I have it in a pez dispenser. No, actually we use witchdoctors. Would I admit something like that?” Sly said no one with an attractive partner should have to use them: “Unless you’re jet-lagged.”