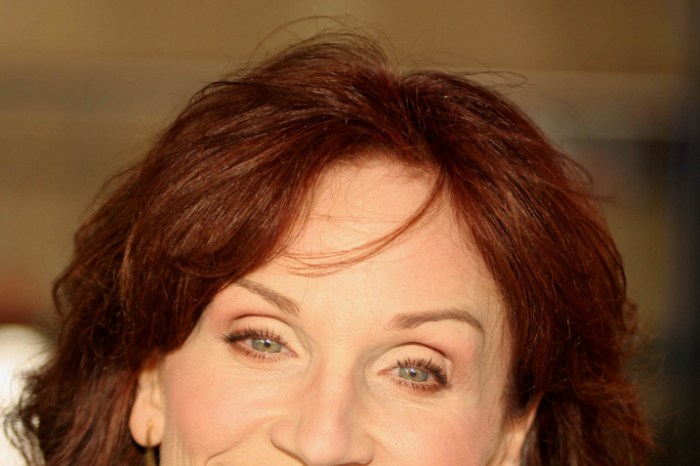 Actress Marilu Henner called in to promote her Hallmark channel movie, “Mulligan,” and discuss the “60 Minutes” report on her extremely rare talent: an autobiographical memory.

Marilu said she always thought it was normal: “I never knew it was that unique.”

She wasn’t able to accurately explain her talent until recently: “I would [just] say it’s like going through a card catalog…[but] once I saw a Selected Scenes [menu] on DVD for the first time, I went, ‘Oh my God. This is what it’s like.'”

Howard said Marilu was one of just six people in the world with the “superpower,” a power reflected in the size of her brain: “It’s actually larger than most people’s.”

Marilu said she’d always been a good student–she went to the University of Chicago on scholarship–but the others like her can’t all say the same: “Some of the other people in the group felt like they weren’t good students at all.”

Howard hoped Marilu had passed her superpower on, and she confirmed it, saying her youngest son’s abilities might surpass her own: “He doesn’t want to own it yet, but he’s got the greatest memory I’ve seen on anyone else.”

Howard was excited by the possibility that Marilu’s son was a real superhero: “Her son is still developing his superpowers!”

Put to the Test

Howard picked a random date–November 4t, 1972–and asked Marilu to remember what she did that day.

Marilu thought back. “Saturday,” she recalled. “I went to a restaurant called ‘Days’ in Chicago. I was at the University of Chicago and I was also in the show ‘Good Woman of Setzuan.’ It was cold–well, it’s always cold in Chicago, but it was particularly cold. And I remember the dress I had on.”

Howard asked Marilu if she remembered when they ran into each other in July of 1998, and Marilu confirmed: “You mean at the Four Seasons? It was during the middle of the week–the date was July 16,” she said. “Thursday. In the afternoon, I had a big brunch at my house and … I was working on one of my books. I had a big salad. Cold noodles with sesame sauce.”

Later, Howard cited one date as Marilu’s first in-studio Stern show appearance, but she thought it was another.

Gary Dell’Abate rushed in: “So we went through the logs yesterday and we couldn’t find when she was [first] in-studio and it was making us crazy. We couldn’t find it. September 23–that day she’s talking about? Jason [Kaplan] just went and looked back. Her name was spelled wrong in the log. She’s right. We’re wrong. That’s crazy.”

Remembering Everything From Floaters to Old Romances

Howard wondered what Marilu’s autobiographical memory meant for the men she’d dated, like John Travolta and Tony Danza. “What was the weather like under Judd Hirsch’s balls on January 12, 1984?” he joked.

Marilu laughed: “I wasn’t with him then.”

Marilu said she could remember most every detail when she revisits her sex life: “It’s very experiential. I’m in my body when I go back to it.”

Howard asked her to compare Judd, Tony, and John, but Marilu balked: “I had different relationships with those guys, of course. Johnny and I practically grew up together.”

Howard wondered what the weather was like the first time she and John made love, but Marilu confessed she was unsure because it was dark out. “It was in San Francisco,” she said. “It was evening.”

Howard couldn’t believe her accuracy. “Do you remember the day you had your biggest doody?”

Marilu laughed: “As a healthy person? Every day. Floaters not sinkers.”