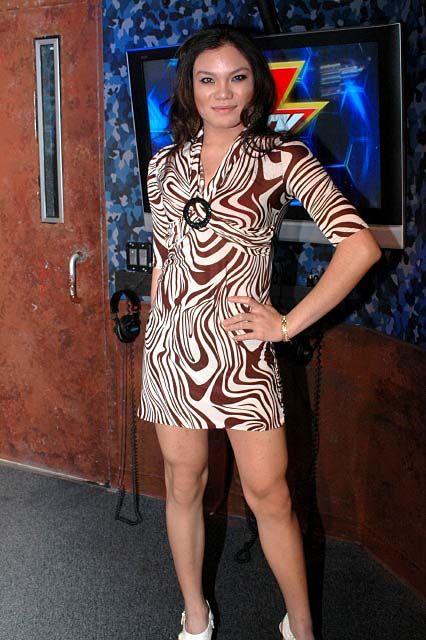 Darlene said things progressed pretty quickly from there, to the point where “he’s, like, trying to undress me but I don’t let him.”

Asked why she held back, Darlene said she didn’t want K.C. to question why she wasn’t undressing–an issue that came up again later: “He [wanted] me to go in a bubblebath with him.”

Howard laughed: “But you knew not to do that because he’d see your cock.”

The couple met a second and a third time before K.C. had to leave Alaska.

As she dropped him off at the airport, Darlene left an explanatory note in K.C.’s jacket pocket. He sent her a text when he landed: “I said, ‘Dude, uh, look, a lot of guys would beat the hell out of you.'”

Darlene said she’d been heartbroken: “I’d fallen for him at that time.” K.C. apologized: “It must be tough…I want you to know that I’m not mad at you.”