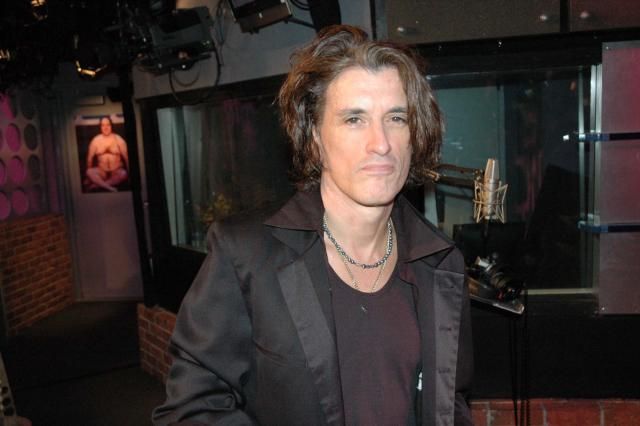 Howard cited a rumor that Steven only communicates with the Aerosmith via email, and Steven confirmed it, adding that he also texted: “I do text Joe. Because he doesn’t answer his phone. Or when he does, his wife answers.”

Steven read his most recent text: “I said, ‘Joe, shit or get off the pot.’ I told him just now, ‘If you don’t come to LA when the band’s there with me, I’m going to come gunning for you.’ I just put that in a text the other day.”

Steven said he’d emailed Joe that their problems would melt away once they got back into the studio: “Get rid of the lawyers. Get rid of the management. Let’s get together in a room and let’s write.”

He even addressed Joe directly: “Where’s the camera? Hey Joe! Where are you?”

Steven said their problems were overblown anyway–their next tour is a go: “It’s already booked! I signed off on it a month ago. So all this stuff in the press? Bullshit.”