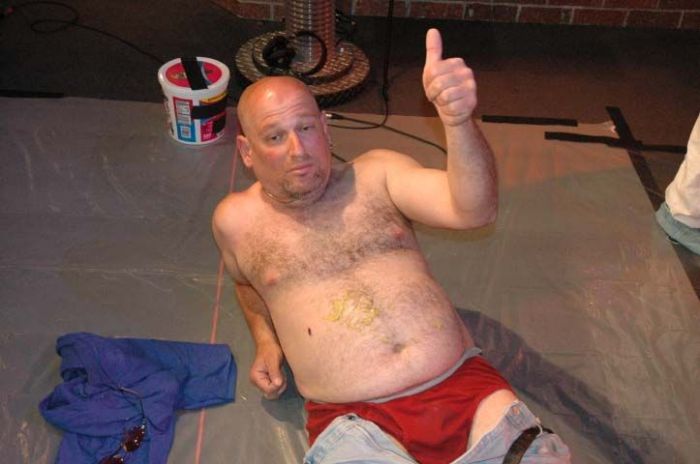 Howard noted Jeff’s weight gain, so Jeff shrugged: “I am sluggish. I eat a lot of junk foods. That’s true.”

Jeff said he lived alone with his father: “My mother’s dead.” Howard laughed: “From embarrassment?”

Jeff pressed on, saying his father didn’t approve of his fetish (“He’s from the old school.”) but loved their army of cats: “I used to have 17. Now I have 10.”

Howard asked Jeff to pen a personal ad, so Jeff began: “Clean-shaven, 5’9″, a little pudgy in the mid-section, not into any vices such as, uh–I’m not a drinker. I’m not a smoker…I would say I have a typical Jewish nose…I’m in a quagmire. I’m in a holding pattern.”