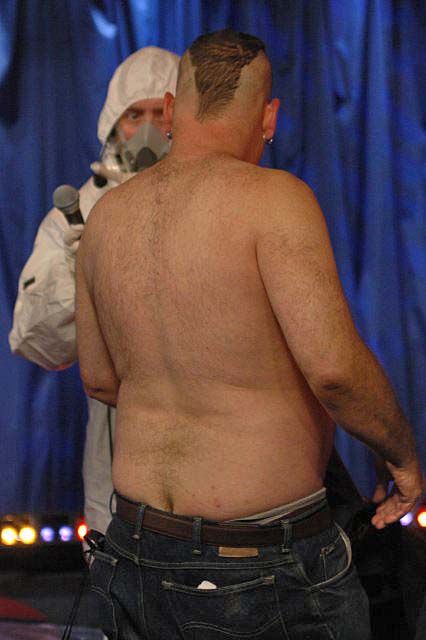 Jeff said he and a friend once hired a ‘domineetrix’ (Jeff’s pronunciation) who was willing to do what ever they asked–if she first got to shit on them: “She said that by shitting on us, that would get her in the right mood.”

As Jeff told his sick tale of depravity, Howard noticed Robin was eating: “What are you eating?!” Robin said she’d tuned out: “I stopped listening.”

Howard was amazed, telling Jeff, “You picked the right fetish because you can make anybody throw up.” Jeff said he’d rather be in the dominant role next time: “I could be the vomit coach. I could be the one in control.”