Wack Packer also opens up about a restraining order 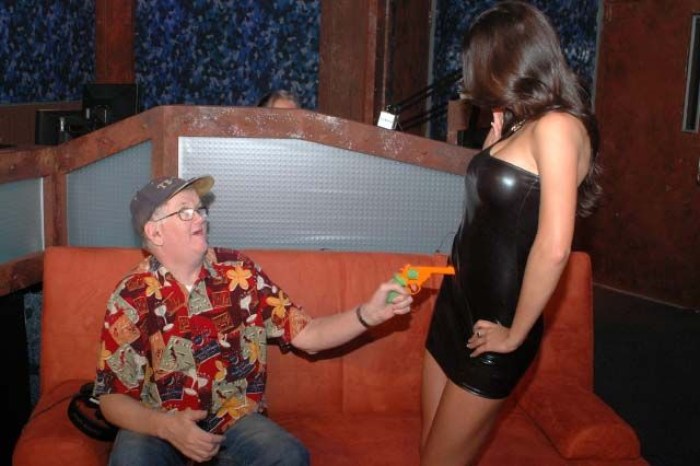 Gary the Conqueror stopped by to catch up with the crew and complained that his manager was forcing him to host a podcast tonight despite the fact that he was traveling. “He wants me to do it every Thursday. People on the Internet don’t do what I tell them to do, you know?” the Wack Packer said.

Howard noted that Gary was still coughing like a smoker, so Gary claimed he had switched to electronic cigarettes.

“Sal does the same thing here!” Howard said, explaining that Sal was no role model: “You’re going to have a cold for 30 years the way you’re going.”

Before he left, Gary told the crew he’d taken out a restraining order against a woman he’d previously claimed was his girlfriend.

Howard was impressed: “That’s a pretty sophisticated thing…does someone assist you with that?”

Ralph Cirella later called in to express his own amazement: “I don’t even know how to do that!”