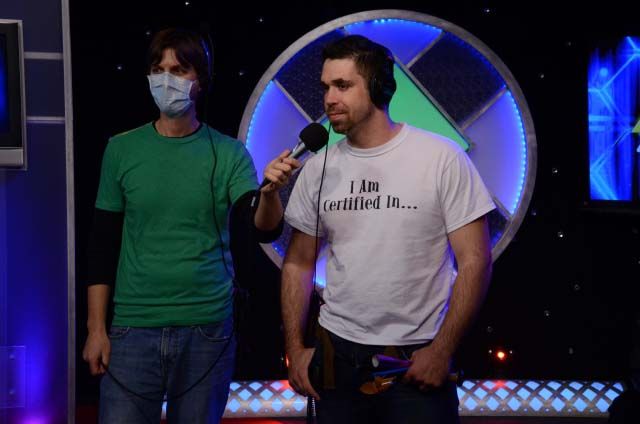 Will Murray ushered in Will the Farter and told him to behave: “I will kick you in the balls if you shit on me today.” Will said he’d try, adding that he’d already had one accident today that forced him to ditch his underwear out the car window. Howard asked if Will still worked as Brutal Master,’ his gay sex line character, and Will confirmed it, saying his clients now like to have him blackmail them. Howard then posed as one of Will’s submissive clients while Will told him off: “You can go ahead and give me a big tribute, you f’ing faggot.” Will explained that a ‘tribute’ was a couple-hundred dollar tip, a tip he demands for ostensibly tracking down his clients and exposing their sexuality or sick fantasies to their friends and family: “Being a master’s my role…they get off on it.” David said the scenario reminded him of his old home life: “It’s funny because I call Courteney the ‘Brutal Master’ as well.”