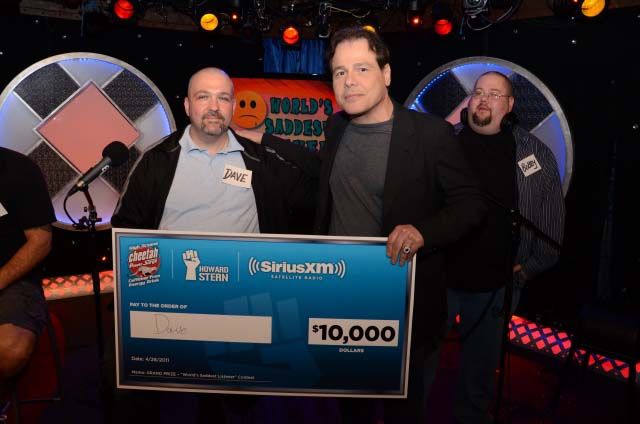 Pete the Asian (Former) Virgin voted for Ray, saying something about “the kid,” but Fred went a different direction: “Bobby went for 20 minutes, and every story was worse than the next.”

Robin voted for Dave: “He’s going to lose a limb and that’s the bottom line.”

Howard agreed, making Dave the winner of the $10,000 prize, and awarded conciliatory $500 prizes to Bobby and Ray. Howard later promised to never reprise the bit–it’s just too depressing: “We’re not doing another one. That’s it.”