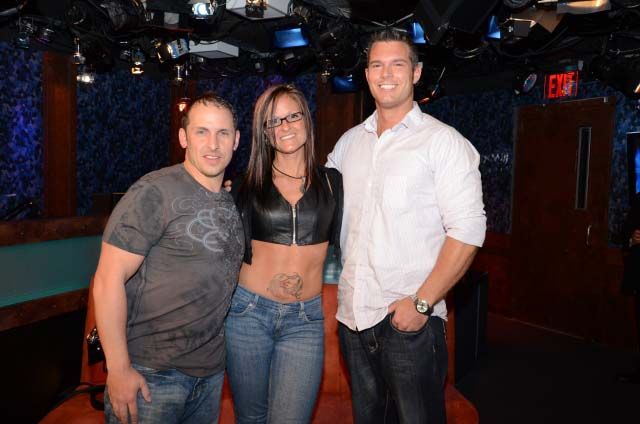 Howard welcomed Mark Chauppetta, Jojo Rider and John Lamb from On the Mark Investigations to discuss their business.

Mark explained that men and women employ him to investigate whether or not their spouse would cheat. He uses Jojo and John as sexy, available decoys. Mark said 60% of the men go too far: “Men are pigs. You know that. They can’t resist temptation.”

Jojo said she deemed male spouses untrustworthy: “If it gets handsy.”

Mark remembered a time she let things go too far: “I almost fired her once.”

Jojo nodded: “I did things. He was really hot and the client said she was done…things happened. We were both satisfied.” Mark said he found John, his male decoy, on TV: “I saw him on Vh1. On Tool Academy.”

John said it wasn’t always fun work: “We got some 8s and 7s and we got some 3-woofers, you know…[but] I’ll play tonsil hockey with a 6 for a bonus.”