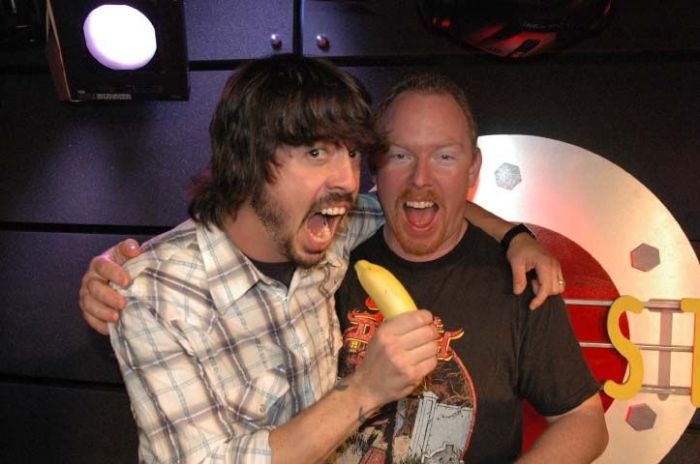 Howard got Melvins drummer, Dale Crover, on the line to talk about his time drumming for Nirvana–and giving up the gig to stay with the Melvins: “I’m calling it Bad Decision Monday. And you’ll probably take umbrage with that but it really was a weird decision.”

Dale explained that he was only 20 at the time: “Those guys didn’t have a record deal…[and] those guys were heavily influenced by us. It was kind of like The Melvins Jr.”

Dale said he was happy to have played only a small part in Nirvana’s story: “The millions of dollars would have been nice but, you know, the Nirvana story is truly a rags-to-riches story with an unhappy ending. In the end, somebody’s dead.”

According to Dale, he’s no Pete Best: “Everything’s worked out fine for me. Still, even though I didn’t play on ‘Nevermind,’ I played on three of their records and I get paid for those records.”

Asked to explain which records he’d contributed to, Dale said he’d drummed on three songs on ‘Bleach’ and four or five tunes on ‘Incesticide.’ Of those songs, “I almost get a full cut. Actually, Dave Grohl gets part of my, uh–a little bit of my cut.”

Dale said he had no hard feelings (“I’m a thousandaire because of those guys.”) or regrets: “I still like what I do in the Melvins better. Even though the millions of dollars would have been nice, I like our music better.”