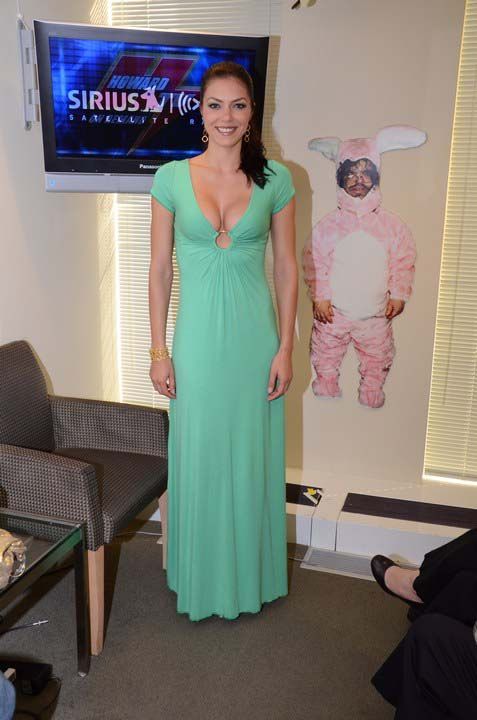 Much to Howard’s disbelief, Adrianne took fault for the sexual rift: “That’s because you don’t have to live with me and deal with me 24 hours a day. I’m a crazy bitch. I mean, I’m not mean but my husband’s a very private, guarded person and I’m very loud…I don’t discreet anything.”

Not that she doesn’t try: “We’ve had some discussions about maybe an open marriage or I could bring in a chick but he’s very against that.”

Adrianne said she’d even allow–and has encouraged–Chris to visit a ‘happy ending’ massage parlor “because that’s not intimate,” and employed a formidable arsenal of sexual firepower in the bedroom: “Lots of cosplay, lots of costumes, lots of fantasy–and I mean full talking it out–almost bringing home a stripper in Russia…”

Sometimes it works: “He’s a firecracker in the sack if you get him in there.”