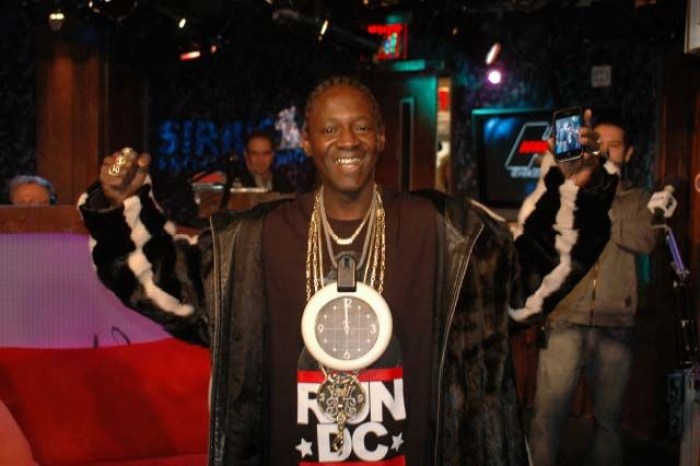 Flavor Flav stopped by to promote his new book “The Icon The Memoir.”

“Yeaaaah, G!” he shouted in his trademark hype-man fashion. “What’s up, man?”

Flavor told Howard he’d only been passively involved with the book’s publication. “I told it all to the tape recorder and then I just gave the tape recorder, you know what I’m saying, to a writer,” he said, explaining much of the book details the addictions which got him kicked out of Public Enemy. “I really drove them to that point,” he added.

Flavor told Howard that he picked up his crack and cocaine habits well before Public Enemy blew up. “It was a habit. But it was a small habit. My drug habit didn’t get real big until we got paid,” he said. His struggle with addiction lasted a long time: “That stuff had your boy going crazy … I did that shit every day for six years.”

Asked about his many jail stints, Flavor told the crew about Mother Dear, an imposing fellow prisoner: “That motherf’er will beat your ass and make you f’ him in the ass.”

Flavor said he heard Mother Dear with his victims (“I just put the earplugs in.”), thanking God that their cells weren’t adjacent: “That’s because I wasn’t on his tier. Yeah. Only thing that separated me from that motherf’er was the bars.”

Flavor said he was almost dead broke when MC Hammer convinced him to join the “Surreal Life” cast in L.A. “I left New York with 142 dollars and one cellphone,” he recalled.

Flavor said he carries that phone to this day, holding it up to show the crew: “It reminds me of where I came from. And here I am now. Three phones later.”