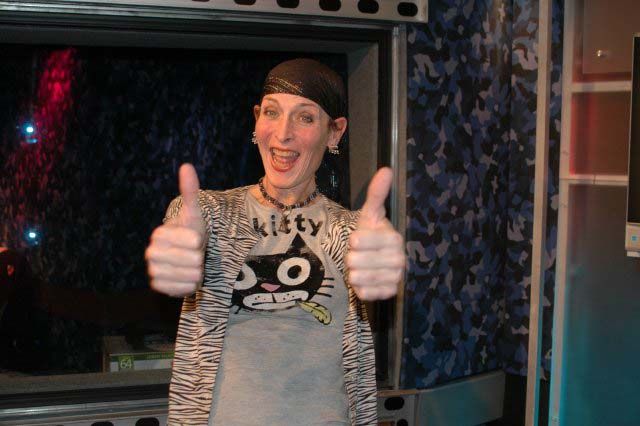 Steve-O said his addiction to drugs and alcohol cost him the love of his life (“Her name was Candy.” He broke it off when he started hearing voices in his head (“It’s called psychosis.”) and buried his sorrow in a DC transsexual: “She’s not a chick. She’s not a dude. She’s like a chick-dude…but all the male bits got surgically removed. So all the dude had been taken away and what was left over was genuine chick.”