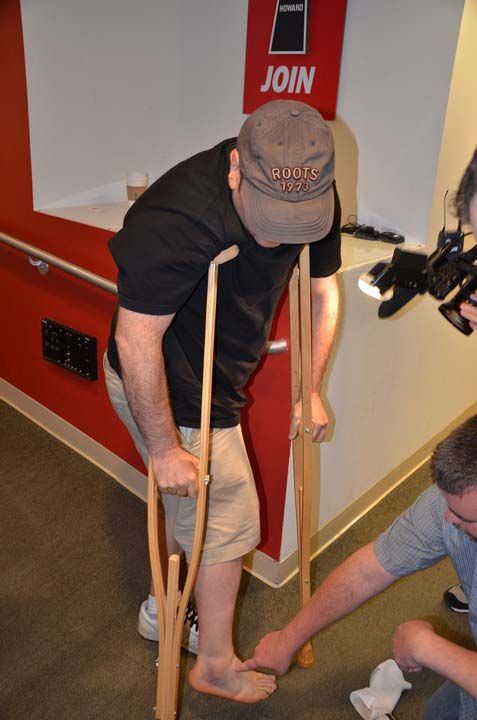 he cops who escorted him out agreed: “They were laughing. They were really nice. They actually set up a press area for me outside.”

Howard thought Weiner will weather the controversy–but not as a politician: “I believe the resurrection of Anthony Weiner will be a book and a broadcast.”