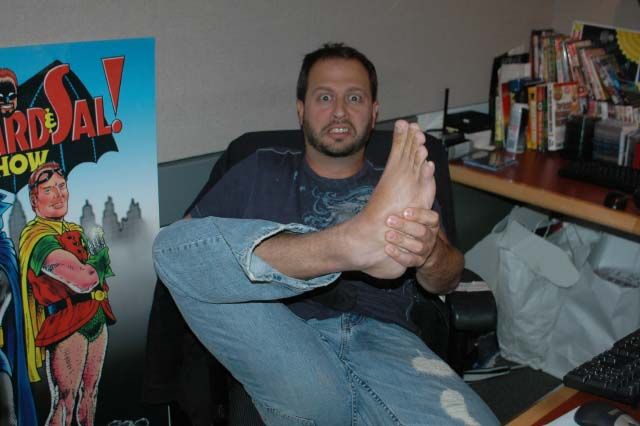 After hearing a clip in which Sal promised an LA meet-and-greet audience that he and Richard were stocking up prank call premises for after Howard’s retirement, Howard asked: “Am I an asshole, Sal? Is that why you feel so confident that you can say that and just piss all over me?”

Sal came in confused about Howard’s problem (“I don’t get it.”), saying he was just drunk: “If I said that, it wasn’t entirely true…I misquoted myself.”

Richard came in to cover for his partner in crime: “Every idea we have, we’re using here.”