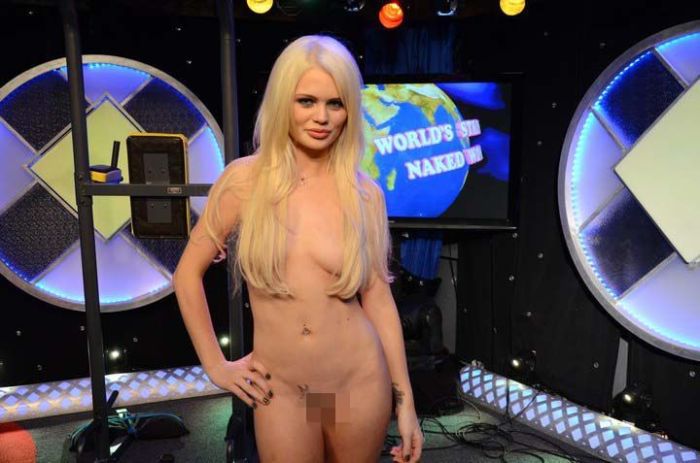 The final contestant, Alexis Ford, said she’d become a contract girl in the few short months since her reign as Miss HowardTV last September: “When I was talking to you guys last, I was in the process of being offered a contract.” Before she went pro, she worked bachelor parties with a lesbian sex toy show: “I used to have a lot of fun at bachelor parties. I love, like, tearing the bachelor’s pants off and beating him.” Alexis also said she loved creampies, a sexual act in which a man ejaculates inside her–and she holds it in. She estimated she was holding several loads in the studio: “I had morning sex…between [that and] coming home last night, I have about three loads inside me.” But only men of porn star-caliber get to ride this ride: “If your dick is smaller than you finger, I’m not feeling it. I like a big cock.”