Get Out of the Pool, Gary

Gaga Is Not Uptight, Got Laid Last Night

Lady Gaga Proves It’s the Heart That Matters, Not the Makeup

Lady Gaga made her Stern Show debut on Monday morning. The Grammy-winning recording artist sat down with Howard for a wide-ranging interview about her life, family, and rise to fame before putting on a concert right there in the studio.

Gaga, whose real name is Stefani Joanne Angelina Germanotta, told Howard she started playing piano at a very young age, first learning to play by ear and eventually taking lessons from a music teacher she said moonlighted as a stripper.

Clearly, the lessons paid off as her 2008 debut album “The Fame” had two different singles, “Just Dance” and “Poker Face,” reach No. 1 on the charts. But Gaga told Howard she’s never been in it for the fame or money—in fact, she still lives in a modestly-sized apartment and hadn’t splurged on anything beyond buying a Rolls Royce for her father, who’d always supported her music ambitions when she was young.

Later, Gaga sat down at the piano and wowed listeners with an in-studio rendition of “Hair” and “The Edge of Glory,” two songs from her new album “Born This Way” which went platinum in its first week of sales.

Before playing “The Edge of Glory,” the album’s closing ballad, Gaga opened up about the meaning behind the emotionally-charged song. “It’s about my grandfather,” she told Howard. “It’s about also knowing in your heart that you may never reach that glorious moment until you die. So, live life on the edge, halfway between heaven and hell, and let’s all dance in the middle in purgatory.”

Check out video of Lady Gaga’s stripped-down rendition of “The Edge of Glory” (above) and see more photos from her Stern Show visit (below). 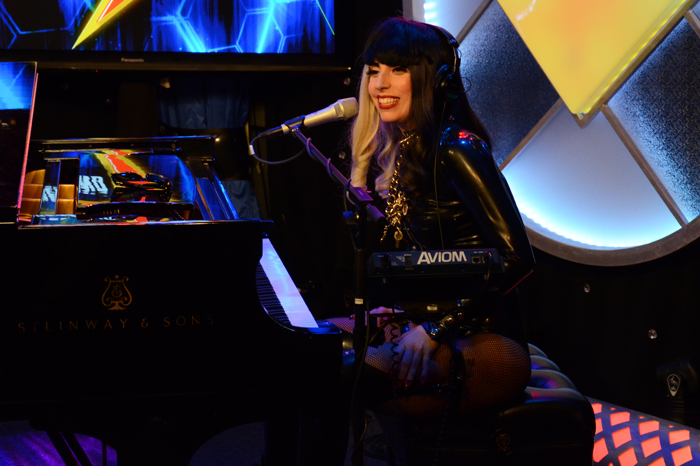 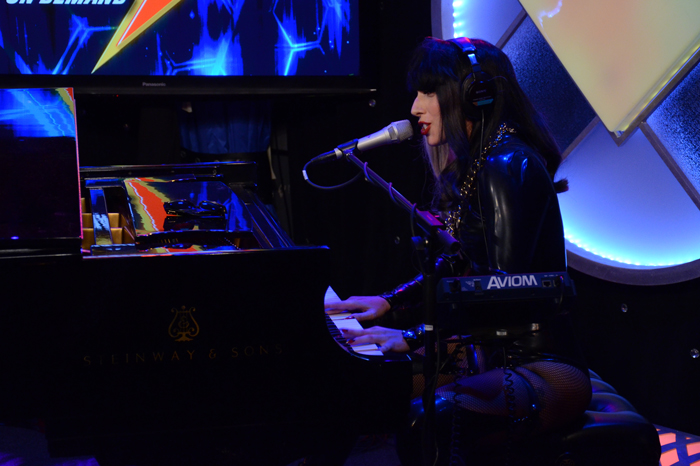 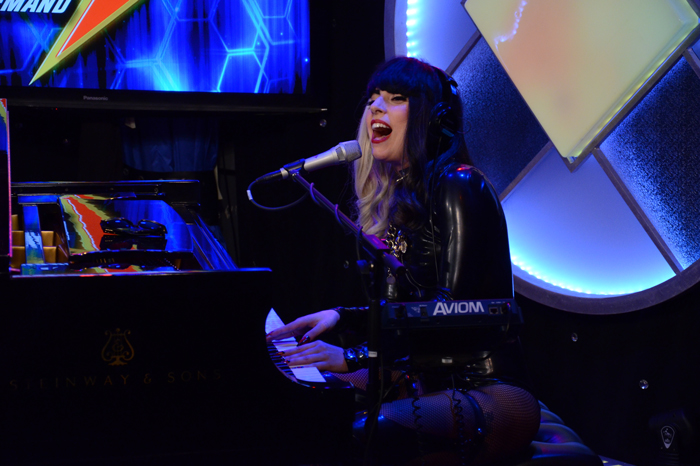