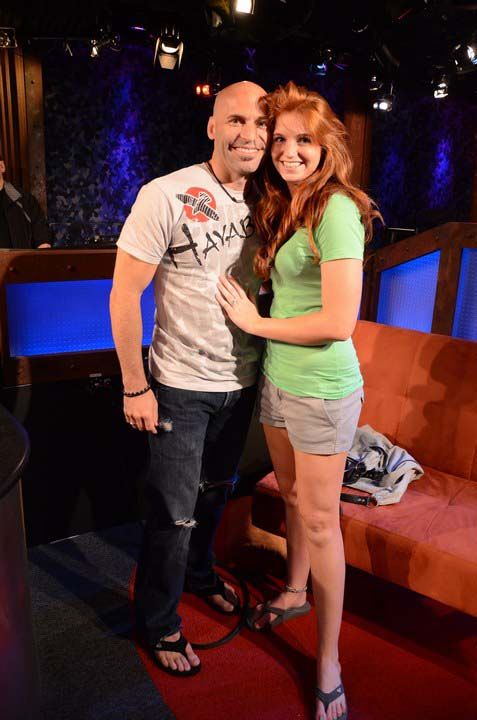 Jeff, a 45 year-old former schoolteacher, stopped by with Angie, his 19 year-old wife and former student, to talk about the impetus of their relationship–but Howard was more scandalized by Angie’s appearance: “You do look young! Holy cow!”

Angie said she started banging Jeff when she was still his student: “Honestly, he respected me…I didn’t have to ever say no. He never pushed…sometimes I would go to the bathroom and hand him my panties [afterward].”

Jeff said he quickly realized that Angie was a good catch–even though she was his student–and claimed the initial attraction wasn’t sexual: “Initially it was all about personality, interaction…”

Jeff admitted he kissed Angie on their first date: “That night I walked her back to her car and got into an elevator and got up into her space.”

Unfortunately Angie broke the first rule of illicit, teach/student relationship and told one of her friends, and the publicity ruined Jeff’s career: “That’s where it kind of went south.”

After a call from the teacher’s union (“I just broke into a flopsweat.”) and formal charges, Jeff plea-bargained down to a felony that didn’t require him to register as a sex offender. But Jeff lost relationships with his then-wife and kids: “Angie is right between my oldest and my youngest daughter.”