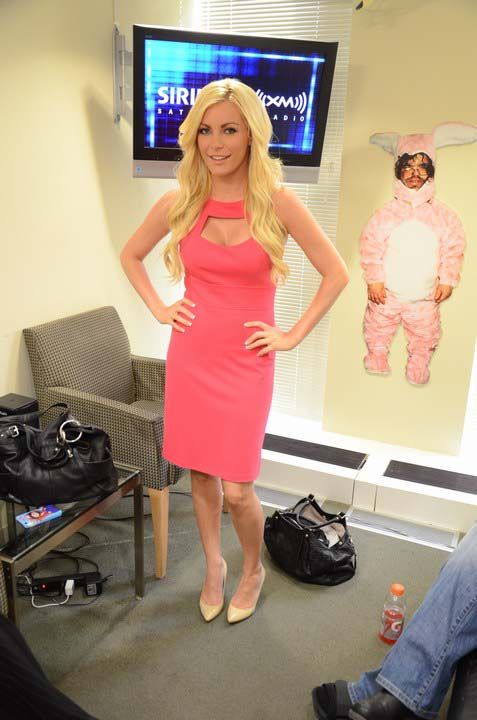 Crystal said she met Hef after submitting a picture to go to a party at the Playboy Mansion–until then, she’d been “a good girl. No stripping, none of that.”

At the party, she approached him: “I was drinking and I don’t know. It’s Hef. I mean, why not?”

The pair became a couple but not necessarily intimate: “He doesn’t really take off his clothes. I’ve never seen Hef naked. I don’t know if I want to.”

Crystal said she and Hef only had sex once in their entire relationship: “He’s had so much sex. He’s more about, like, cuddling…touchy-feely kind of stuff.”

It lasted just 2 seconds, with Crystal climbing off Hef before he climaxed: “He tried not to take Viagra as much any more because it made him lose his hearing.”

The whole scene isn’t half as sexual as you’d think: “There’s baby oil all over the mansion and I don’t understand why.”