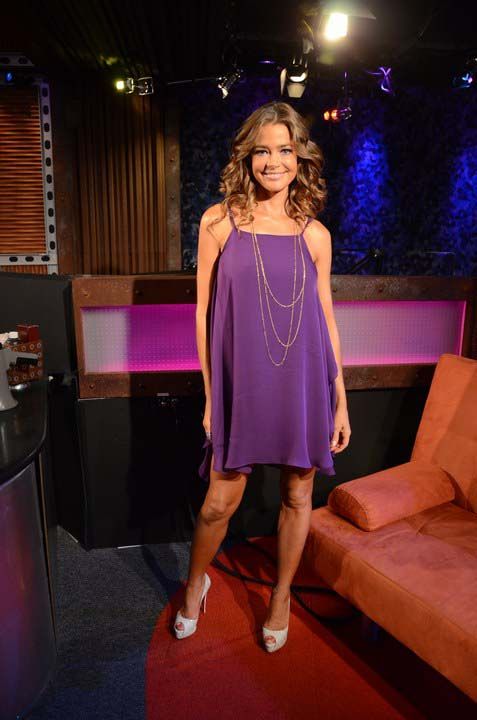 Denise Richards stopped by to promote her book, “The Real Girl Next Door,” and denied reports that the clandestine sexual relationship she mentioned during her last appearance was with Nikki Sixx (as had been reported in some of the tabloids). “It’s not Nikki Sixx…no. We barely dated. I was not talking about Nikki.”

Pressed for more, Denise elaborated: “I date. I have–what do you call those? Friends with benefits. Two. I’m very safe, though.”

One is markedly better at said ‘benefits’ than the other: “He’s not relationship material but he’s fun.”

Howard asked how Denise could seem so normal and yet still have been married to Charlie Sheen. So she explained it for him: “He wasn’t having so much ‘fun’ when I met him. Which is a good way to put it. He was three years sober.”

Asked what she tells her children, Denise said they’re told very little: “They obviously don’t know about the goddesses…they’re not aware of all the insanity. When they’re with their dad, it’s a normal dinner.”