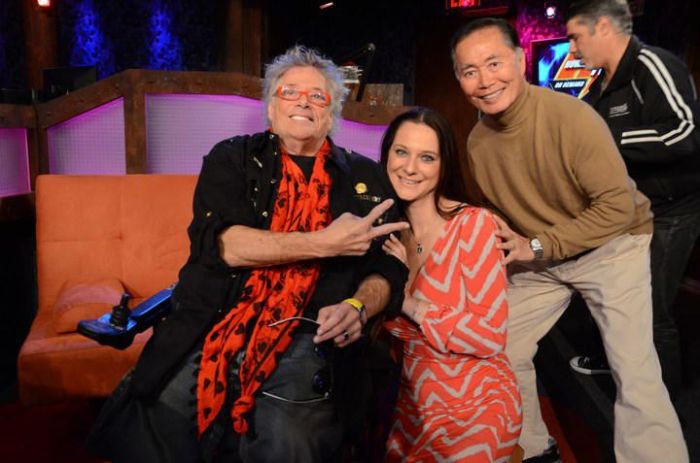 Leslie West stopped by with his wife, Jenni, to promote his new album, “Unusual Suspects,” and mourn the leg he lost to diabetes. Howard was sad to see Leslie in a wheelchair: “This is very sad for me. I told Leslie he should take better care of himself.”

Leslie threw one of his unneeded shoes at Howard, saying the wheelchair was only temporary until he gets used to his prosthesis: “I got the leg Friday. Tried it once…it’s called a C-leg.”

Howard said Leslie was one of the greatest living guitarists (“‘Living’ is key because I never thought Leslie would live this long.”) and took a long look at Jenni, wondering if Leslie still had what it took to keep her happy: “You’ve got to satisfy this girl.”

Leslie ensured him that the amputation has only interfered with their sex lives once: “I fell…my good leg got twisted in the carpet.”