Cuban-American singer sits down with Howard 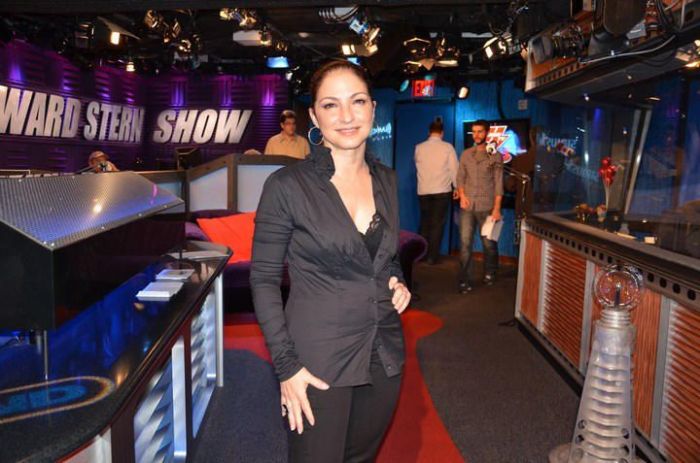 GLORIA ESTEFAN IS BACK Photo: The Howard Stern Show

Gloria Estefan stopped by to promote her new album, ‘Little Miss Havana,’ and gave a quick spin: “I’ve got lace on at this time in the morning for you, Howard.” Howard asked how Gloria told Miami Sound Machine that she was dropping the band from her act’s name: “That is a major thing to have to tell a group of guys.”

Gloria shrugged: “Miami Sound Machine is my husband Emilio. I joined his band. He started it with his accordion. Alone.”

Gloria said Emilio had been working in the mail room at Bacardi when a co-worker hired him for a party–and loved it, asking him to bring a backing band next time. The players Emilio hired became Miami Sound Machine. Gloria joined much later, when the band was a 9-piece, and led the act’s transition: “At that point, Emilio was no longer performing on stage either, so he said, ‘Forget the name.'”

The Legacy of Conga

Asked if there was a song she felt compelled to perform, Gloria said her audiences would riot if she walked without singing ‘Conga’: “That’s my signature tune. I couldn’t get away with not doing that song.”

And in addition to the large crowds, the song’s royalties also draw big dividends: “For a 30-second spot in France for a biscuit commercial–half a mil.”