What’s Beetlejuice Been Up to Recently? 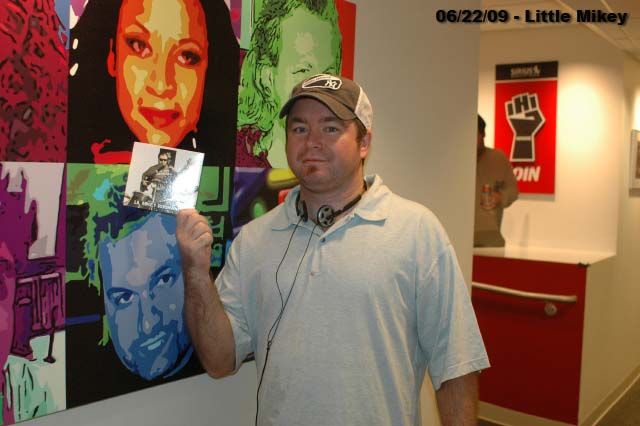 Howard got two of the show’s most prolific song parody contributors, Psych and Little Mikey, on the line to discuss their brewing feud–Psych claimed he didn’t know what they were fighting over: “First of all, I have no problem with Little Mikey…he tells me that I steal his songs, and I have no idea what song he’s talking about.”

Little Mikey said Psych had recorded a song parody to the tune of Billy Joel’s ‘For the Longest Time’ when he’d already recorded one.

Psych said he’d recorded the ‘For the Longest Time’ parody after Billy’s recent appearance on the show–he’d never heard Mikey’s version: “I try to stay current with you guys.”

Psych said he was surely better, as he’s a true musician and producer–there are 34 tracks on his ‘For the Longest Time’ parody: “I play every instrument on those tunes…I try to do imitations. I try to get the accents down.”

Mikey stuck to his initial argument: “I’m original. I don’t rip songs off.”

While Howard couldn’t confirm Mikey’s timeline without further research, he knew he loved Mikey’s voice: “Everything he sings is hysterical.”

Psych agreed, so Howard asked if they could ever put their problems aside and work together–Psych refused, citing Mikey’s email threats: “If he’s trying to keep me off the show, all I’m going to do is get more pissed off and write better songs than him.” Mikey again told Howard to do research: “He’s lying.”

Joan River’s Has An Honest Nose

The War of the Red Carpet