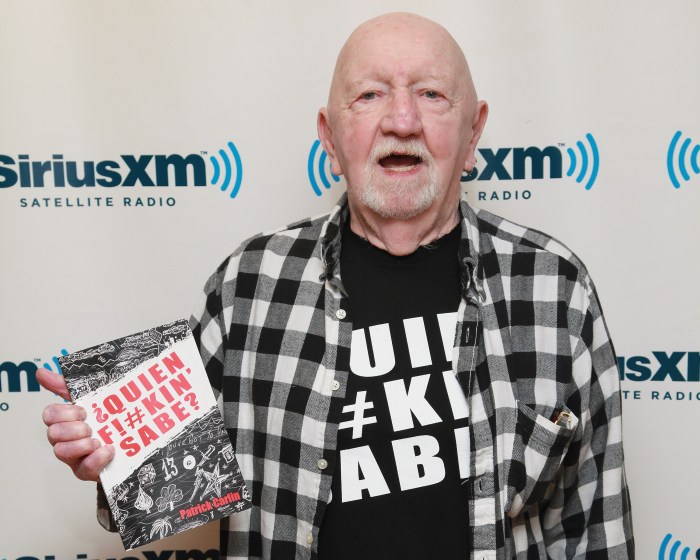 Patrick Carlin, George’s older brother, called in to discuss his recent foray into stand-up (Patrick is 79 years old) and answer charges that he was cribbing his brother’s act: “Listen, man, we were talking that way in 1940.”

Patrick said his comedy career was less traditional in another way: “I don’t think of myself as a stand-up comic…I just stand up and talk about stuff.”

Patrick claimed he wasn’t totally new to the comedy world–he supposedly wrote gags for The Chuck Barris Show and DJ’d on some ancient radio station. Howard then asked Patrick to preview his act. The results, as expected, were less than impressive: “I’d go to George’s house and look around for some of that unreleased shit.”