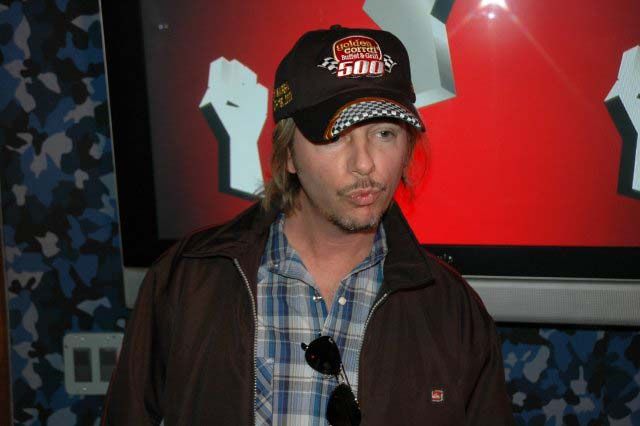 David Spade called in to promote his CBS series “Rules of Engagement” which he’s hoping will make it into syndication. “Then I’ll get that new Jetta I’ve been eyeballing,” David joked.

Howard knew David already had a new car – a Maserati that Adam Sandler gave him after the success of their film “Grown Ups.” David shrugged and said, “I like the car because I never would’ve bought myself something like that.”

Howard then asked David to re-tell the story of his homicidal (ex-)assistant Skippy, so David obliged, describing how the guy had attacked him while he slept. “It was one of those look-up-at-5-in-the-morning-think-there’s-someone-there-and-there-is [situations]. And he’s just standing there and started hitting me,” David said.

In the heat of the moment, Spade grabbed his shotgun and ran. “I got scared because I couldn’t find him so I locked myself in the bathroom,” David explained. He told Howard the police later discovered some harrowing details. “I think he did, like, an eight ball [of cocaine] that night … the idea was I could’ve woken up so he was tazing me so I could be incapacitated, like that Michelle Pfeiffer movie, so then he could go under the bed and get the gun.”

Being tazed awake was pretty unpleasant, too. “Every time he kept going zzt-zzt, I [was] like, ‘Uncool!'” David told Howard.

Spade Settles Down … For Now