Benjy Confesses His Love to Elisa

BENJY WOULD MARRY HER IN A WEEK

You’ve Got to Hide Your Shit Away

You’ve Got to Hide Your Shit Away 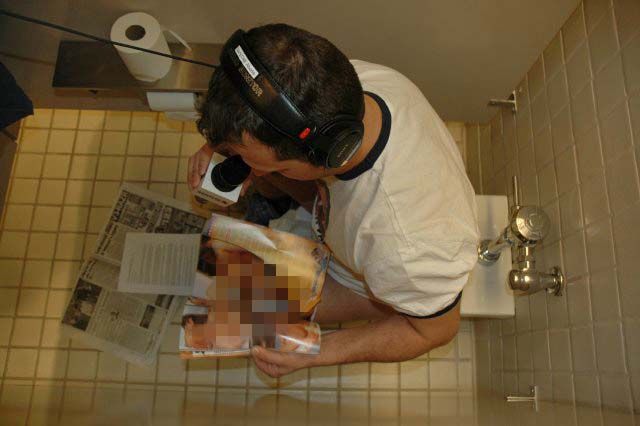 Howard played a clip Sal had recorded of a man very loud, explosive diarrhea in a nearby public restroom stall, laughing: “Men have no shame…you can spread your cheeks and not make that kind of noise. Yeah, sure. I do that all the time. Like if Beth’s in the next room and I have to blast one out.” Gary said he was having similar issues with Mary–she complains about the smell when he uses their shared bathroom: “What am I supposed to do? Go shit at the neighbor’s house?” Howard told Gary how important it was to shield his shit from Mary: “Nothing’s going to turn a woman off more than shit smell.” Beth knows that goes both ways: “I’ve never seen her shit. I’ve never heard her shit. As far as she tells me, she never shits.” Robin reserved doubt: “It’s called constipation.” But Howard insisted: “She can go two weeks…I find it attractive. You know, on some level, it’s not healthy. But I like an unhealthy woman.” Howard thought Gary should ask Mary her secret: “How come you don’t ever smell her shit?” Gary laughed: “Who says I don’t?”