Benjy’s Prank Did the Job As Intended: Impress A Girl 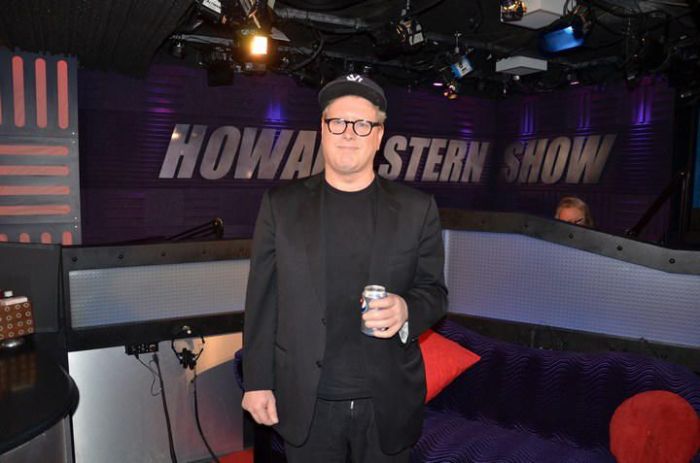 Darrell Hammond stopped by to promote his new book, “God, If You’re Not Up There, I’m Fucked,” which fleshes out the childhood horrors he’d hinted at during his last visit to the Stern Show. Darrell told Howard his Mom was so disturbed she’d brag to friends about the abuse she gave him on a daily basis.

“She would laugh about it,” he recalled. “I think monsters turn it around in their head like they don’t do bad things.”

So at a young age, he learned to deflect her anger with impressions. “It sort of hypnotized her. She would just go off and become childlike,” he said.

The abuse eventually stopped when Darrell grew big enough to hold her off, but not before she’d visually assault him with her naked body: “It wasn’t, ‘I’m going to turn my kid on.’ It was an act of violence.”

As he died, Darrell’s father apologized for not protecting him better: “He was on his deathbed and had all his war medals on his chest … [and] he explains each medal, as if to say, ‘I was a soldier. That’s all I was, while I was alive, that’s all I did good. And I’m sorry I didn’t do better for you.'”

But when Darrell tried to mend things with his mother, it didn’t go as well: “She said, ‘Don’t ever contact us again.'”

Darrell said he’s battled depression every day since, with rare exceptions: “There were nights when I was proud of myself. When you score on ‘Saturday Night Live’ it’s a hell of a good feeling.”

“SNL’s” producers knew of his issues—and attendant drug problem—and tolerated them, as long as he sobered up for the live show. “There was sort of an understanding between me and them that I wasn’t going to go out there drunk. I mean, I wasn’t,” he said, adding, “Rehearsal was one thing.”

Once Darrell was in recover, a man he was sponsoring there apparently killed himself. “That’s when I started wearing black,” Darrell said. “This little girl called me on the phone and said, ‘My daddy committed suicide.’ I went nuts.”

The family insisted on an open casket, which meant a reconstructed head since the first one had been destroyed when the guy shot himself. The thought of that fueled Darrell into a drunken episode at the Clinton inauguration. “I spun out,” he recalled. “A guy without a head is pretty tough to ignore.”

Howard said his favorite part of Darrell’s book was the bit about Paris Hilton guest-hosting “SNL.” “You said she was so good looking that … you still wanted to bang her,” he said.

Darrell laughed that it was a latent attraction to evil. “Not just bang her,” Darrell said. “I would’ve married her. I would’ve fallen in love … I mean, it took me 18 years to get on and it took her a month, right?”