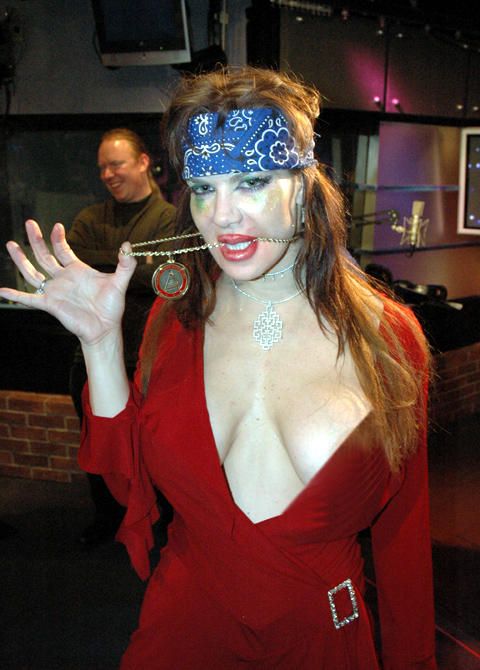 Howard said he’d also heard that Chyna was working as an escort, but she denied it: “We did that more of like a personal appearance.”

Chyna claimed she and Moonlite Bunnyranch pimp/proprietor, Dennis Hof, had simply worked out a way for her to (privately) wrestle her fans: “I think it’s more of just like a special event.”

But she’ll do more if you’ve got the cash: “If the money was right, why not?”

A caller then asked that Chyna reprise “Holiday,” the song she’d written for her married ex, and Howard pushed along, cuing up the old song.

However, Chyna just laughed–somewhat hysterically and raspy: “I love you Howard. I love you Robin. We go back a ways, don’t we?”

Before she left, Chyna told Howard to keep his eyes peeled for her next film: “In two weeks I film the next one: ‘Ring Queen.'”