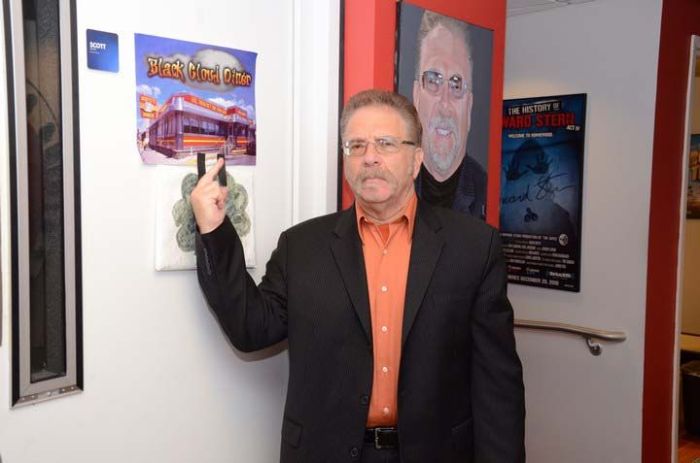 Ronnie came in to say that he’d been locked out of Scott the Engineer’s studio–where he usually sits during the show: “I don’t know what the hell happened. I don’t even know what I said.”

Howard thought it might’ve been some things Ronnie said on The Wrap-Up Show about Scott’s behavior at the Ronnie Block Party, but Ronnie shrugged: “I’m not the only one who said that. Everybody said that.”

Scott came in to explain: “The door was closed. It wasn’t locked. I didn’t say he couldn’t sit in there.”

Scott said he felt battered after yesterday’s Wrap-Up Show: “I had a few people tell me, ‘That was the worst beating you’ve ever taken. They trashed you all over the place.'”

Ronnie thought Scott was behaving like a child: “[The door is] shut when you go into one of your little baby moods…that’s the only time it’s shut.”