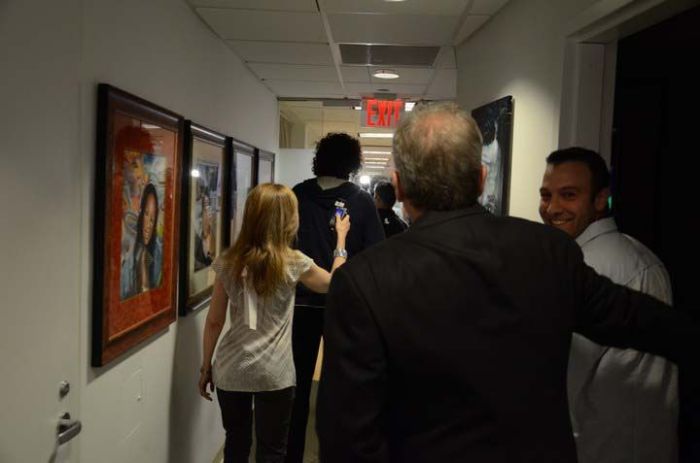 Since one of Benjy’s biggest detractors was broadcasting just down the hall at Sirius XM, Howard ran down to studio 5 and crashed The Alex Bennett Program: “I had no idea you were down here.”

Howard explained how Benjy’s stunt may not have been a success, but it was at least an effort: “The idea is that we’re trying. We’re trying to make things happen…make waves. Make noise. This is what’s going to keep this company alive.”

Howard continued to hold court, telling Alex he did little to raise the company’s profile: “We are bringing in subscriptions.”

Howard said Alex shouldn’t do anything he’s uncomfortable with, but thought he should take any opportunity that comes along to make news–like a disgraced politician holding a public press conference.

Alex thought the stunt was a tired bit: “I think it’s really old and tired.”

Howard shrugged: “Benjy couldn’t have done anything to embarrass that man any more than he’d already been embarrassed.”