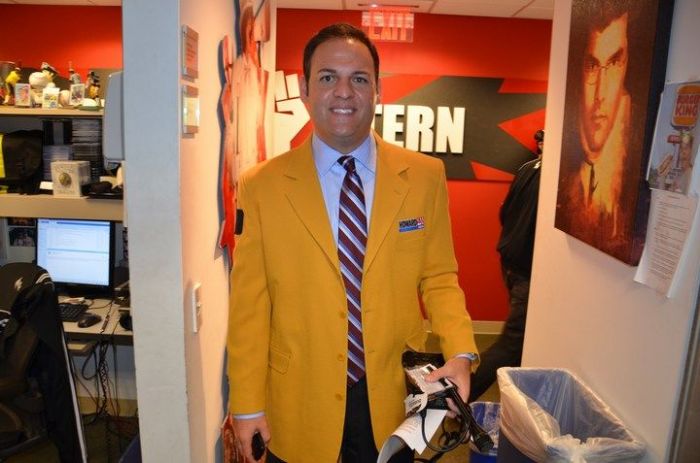 Late in the show, Howard met Steve Langford’s likely replacement at the Howard100 News, veteran journalist Jon Lieberman. Jon briefly ran down his resume: “I was in Iraq in 2004. Covered the war over there. Then [went] after bad guys and murderers and rapists on America’s Most Wanted for 7 years. Not much is different around here.”

Jon said he’d also been fired–and sued–by Sinclair media after they attempted a take-down of then-presidential candidate John Kerry: “They asked me to be part of a Jon Kerry smearjob and call it news.”

Howard said Jon was currently only temporary, but “I got a feeling you’re going to get the gig…we need more journalists like you.”