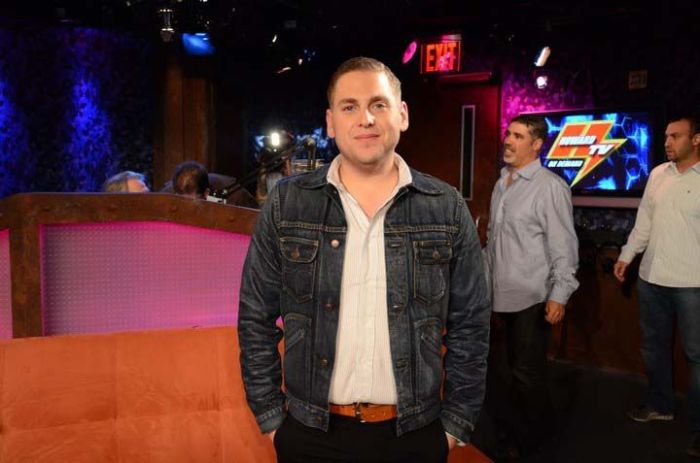 Jonah Hill stopped by the Stern Show on Wednesday. The actor sat down with Howard to discuss his critically acclaimed new film “Moneyball,” as well as his early days in show business which included getting discovered by two-time Oscar-winning actor Dustin Hoffman.

It started when Dustin overheard Jonah making prank calls. Jonah and Dustin’s son were childhood friends, and after Dustin heard the calls he encouraged young Jonah to make more.

Jonah was allowed to prank Dustin’s star-studded Rolodex and he told Howard it actually made him a better actor. “He’d go, ‘Call this person. Call this person’ … it’s the best improvisational exercise you could ever have,” Jonah explained.

As it turned out, Dustin did a lot more to help Jonah’s career along. He actually gave him his first role, a small part in the independent comedy “I Heart Huckabees.” It started with him telling Jonah to come meet him “and some people” at a house in the Brentwood neighborhood of Los Angeles.

Jonah was folding boxes at the time and the call came as a total surprise. “I never thought he was going to reach out in a meaningful way,” he told Howard.

He recalled putting down the boxes he was folding and telling his boss he had to go to Dustin Hoffman’s house. “He was like, ‘Yeah? I’m meeting Christopher Walken at Starbucks,'” Jonah remembered.

When Jonah walked into the house, he was shocked to see some of Hollywood’s biggest names, including not just Dustin but director David O. Russell and actors Jude Law, Naomi Watts, Mark Wahlberg, Lily Tomlin, and Jason Schwartzman. “[They’re] all sitting around, like, reading this movie they’re about to do. And they’re listening to my prank call CD,” he said.

Jonah said his life changed in just 60 minutes. “I was literally folding a box an hour ago,” he told Howard.