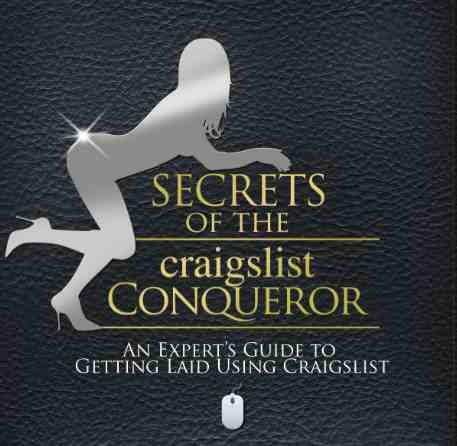 Aaron Smith called in to promote his book, “The Secrets of the Craigslist Conqueror,” saying it detailed his success at picking up girls on Craigslist. Aaron explained that he had never really been a ladies man: “Never been called that in my life. I’m fat, I’m bald. I actually look like JD.” He had difficulty getting laid in college–and well after–until he began experimenting with Craigslist personal ads: “I found the wilder I went, the better I did.” Asked to explain, Aaron said he trolled the site with ads appealing to very specific scenarios: “One of them is called ‘You Dirty Worthless Whore.’ … The key to everything I found was wrapping a woman in her fantasy from the very first word [and] talking to her directly, as if she’s right in front of me.” His formula has netted him 120 women in 18 months: “I was offering to be a dom for a woman who wanted to be a sub. I had ads–a lot of ads were for a lot of role-playing. Daddy for daughter, teacher for bad student…”