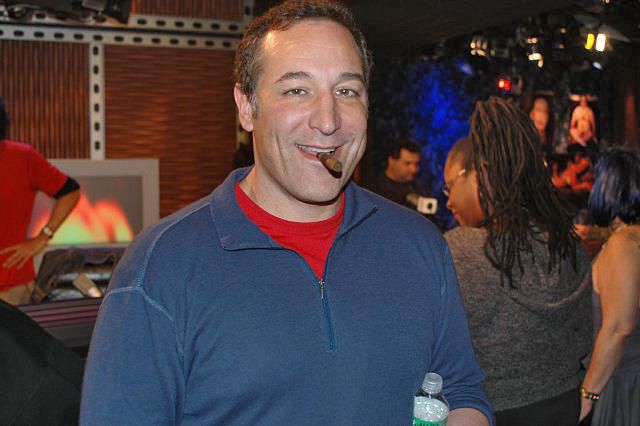 Sam Simon called in to report Howard’s connection to the pro-Atheism billboards popping up around LA: “This guy David Silver, he’s a super fan…they’ve compiled all your quotes about religion going back to 1995. They have a compendium of them. And they consider you to be their favorite Atheist.” Howard laughed: “I’m their God!” Sam said David was particularly inspired by Howard’s avowed disbelief: “You’re an Atheist in deliberate denial. That sounds kind of negative, but…” Howard nodded, saying he had faith in little but our future as worm food: “I know religion was invented to control man.”