Orange You Going to Answer, Gary?

Elle ‘The Body’ MacPherson in Studio

Elle ‘The Body’ MacPherson in Studio 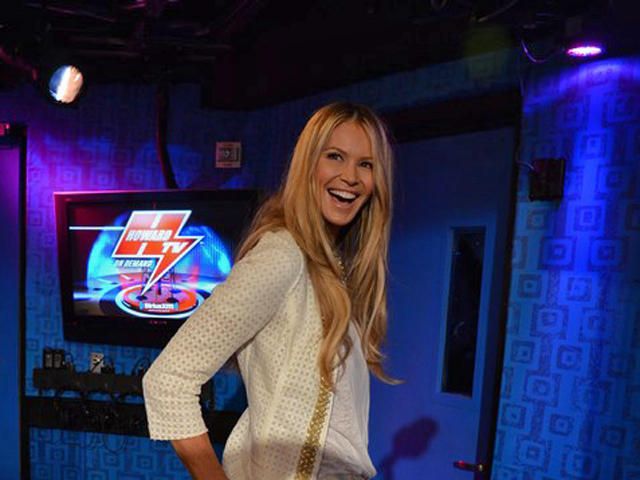 Elle Macpherson stopped by to promote her new NBC reality series, “Fashion Star,” laughing that she’d last visited to plug her underwear line: “The last time I was here, I think I was talking about my undies.” Although Gary was hard pressed to find evidence of any previous appearance on the show. On her estimated $70 million net worth: “Oh, I’m worth so much more, baby.” On her ‘nanny’-less approach to childcare: “The boys have an assistant who works with them from 9 to 5.” On her kids’ father: “I was with the father of my children for 10 years. French dude. He’s now with Uma Thurman.” On her fashion industry friends: “I see Claudia Schiffer, because we went to school together, and Stella McCartney. I really see the whole English crowd.” On the time she hand-fed her first boyfriend, who was Jewish, Gefilte fish: “He threw up on me. I’ve loved Jewish boys ever since.” On her “Fashion Star” co-star Jessica Simpson’s intelligence: “I think Jessica’s done really really well for herself.”

Is Elle On the Market?

Before she left, Howard asked after Elle’s relationship status: “Now you’re on the market, so to speak, right?” Elle bristled: “It sounds like I’m a piece of meat, Howard.” Howard thought she was quite right: “You are, baby! You’re Grade-A.” After hearing about a nude portrait Elle’s hung in her bedroom, Howard sympathized with her sons, remembering how scarred he’d been after seeing his mom get out of the shower. Elle laughed (“I can imagine! If she looks like you!”) and killed Howard’s flirtatious mood: “You’re the meanest woman on the planet.”