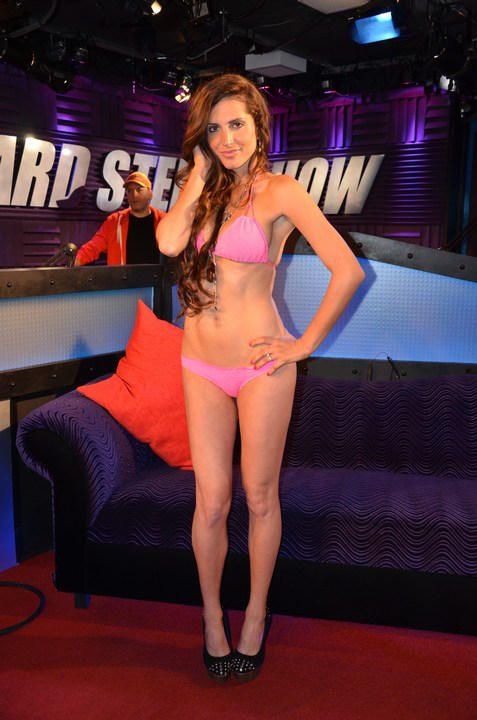 Howard then checked out Elisa in her pink bikini, congratulating her on being next month’s Miss Howard TV: “Elisa looks great in a bathing suit! How Benjy got you is beyond me.” Elisa credited the bikini choice to Ronnie: “He picked it. I tried on a couple things for him. He loves fashion, apparently.” Howard noted the loving look in her eye when she saw Benjy: “This is a testament to Benjy. The way he worms his way into people’s lives.” Elisa confessed that she couldn’t stop looking at him, which Howard couldn’t understand: “I see all these big red pimples.” Elisa said Benjy won her over sexually: “I thought that some things were a myth. Like, in bed. Things like that. And then he was the first person to ever do that.”

How Benjy Blew Her Mind 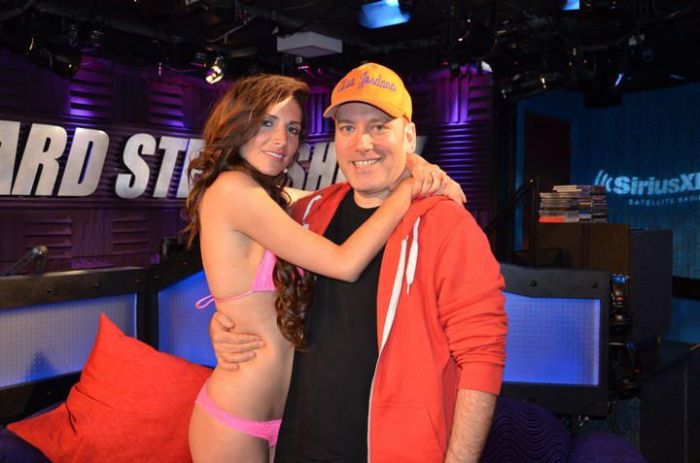 Elisa later said she’d fallen for more than Benjy’s bedroom skills: “He’s just so caring. … He knew I wanted a career in music, you know, so he made that like his number one thing. He knew that would make me happy.” Then, as things heated up, Benjy knew to lay off and let the pressure build: “He pulled back and that made me, like, want him. Badly.” When Benjy finally relented, he blew her mind: “I couldn’t believe it. … I called my friend because I was, like, crying.” Howard said Benjy had always claimed to be skilled at pleasuring women–and asked if Elisa would ever marry him. Elisa didn’t hesitate (“Yes!”) but thought Benjy might not feel the same way: “He doesn’t want to talk about it and he doesn’t want to…he wants to be with more than one person.”

…And How He’s Messing It Up 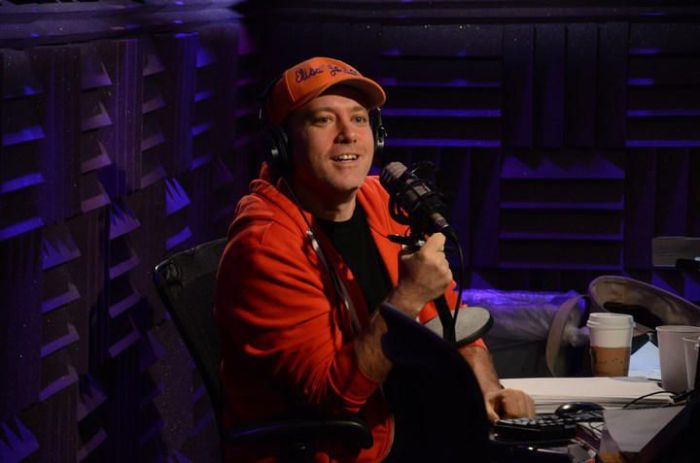 Elisa said they still had issues, like “the Craigslist thing,” Benjy’s affinity for finding partners on the classified site: “He’s one step away from emailing people. And you clear your history the second I walk into the room!” Benjy bizarrely claimed he only visited Craiglist for porn–no one mentioned that it’s not a porn site. Elisa also said Benjy had stopped trying: “The second I hooked up with you, there was no more press conferences. There was no more, ‘I love Elisa.’ Now we’re just in the apartment. We’re just in our sweatpants. And I don’t look that cool anymore. … I’m going out tonight, Benjy. You can’t come.”

Asked about their bedroom habits, Elisa said Benjy liked to roleplay: “Sometimes we pretend to be other people…people in the news.” (Fred-as-Benjy cut in: “I’m George Zimmerman and you’re Trayvon.”) School scandals are his favorite scenario: “We’re always a different teacher because that’s always in the news. Yeah. Benjy’s the student.” Benjy also likes to double her over: “There’s a leg thing he does that I’m not used to. … I mean, it’s probably good for me. For stretching.” And her paranoia and jealousy (often too powerful for her Lemictal prescription) play a huge part: “Everytime I hear someone hot is going to be on the show, I’ll have sex with Benjy extra hard.”