The Village Idiot is Backstage 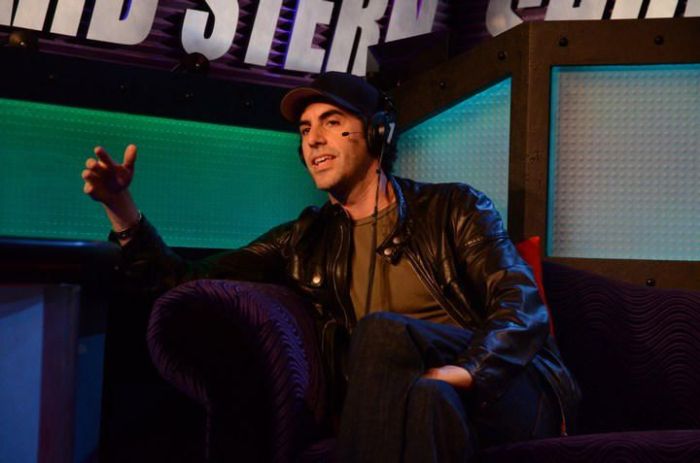 Howard welcomed Sacha Baron Cohen to the studio–and thanked him for appearing out of his on-screen character: “I’m glad you’re here as Sacha and not ‘The Dictator.'” Asked how he felt about the movie’s chances at success, Sacha laughed: “Ask me in a week and a half. … So far I’ve never lost money. So I’ve been able to carry on making my stuff. [But] worse comes to worse, I lose money–then I make cheaper films–but you’ll always find an idiot to, you know, finance your film.” 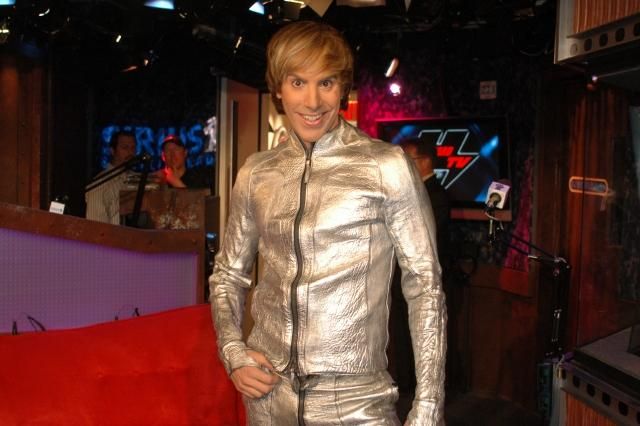 In reference to his past successes, Sacha thanked his ‘Bruno’ collaborators, citing Seth Rogen and Evan Goldberg as two he couldn’t separate–even when he could only afford room for one of them: “So these guys came on the road and shared a bed. They’d be writing, in their underpants, at four o’clock in the afternoon. In bed.

The Dictator Spilled On Seacrest

Howard asked about Sacha-as-‘The Dictator’ pouring (what he claimed were) Kim Jong-Il’s ashes on Ryan Seacrest at the Oscars red carpet. Sacha laughed that his target may have been intentional: “It’s maybe slightly symbolic. … [but] I sent him a new jacket.” He’s had far scarier confrontations–like the time he posed as a short-shorts-wearing gay Hasidim in Israel: “That was the closest I’ve gotten to being killed.”