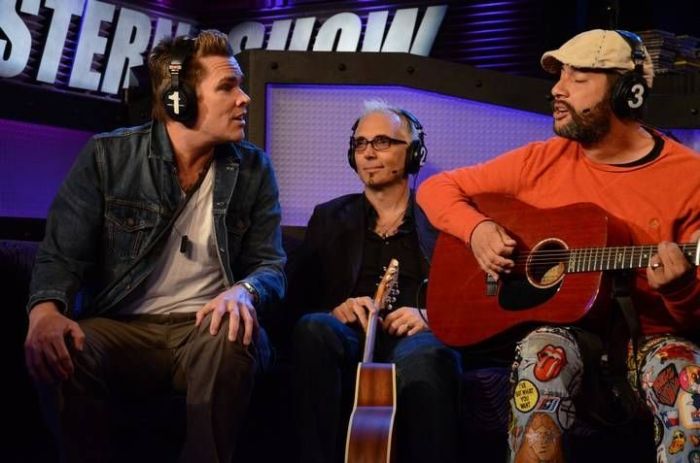 Everclear frontman Art Alexakis and Sugar Ray’s Mark McGrath stopped by the Stern Show to promote their Summerland Tour, a five-band experience of “the most iconic multi-platinum acts from the 90s”: Gin Blossoms, Lit, Marcy Playground, Sugar Ray, and Everclear.

Art said he hadn’t always been so diplomatic, citing the many band members he’s fired over the years: “I just have a zero tolerance for drugs.

“Thank god I’m not in your band,” Mark laughed before revealing the tour would help fund money he’d lost to the I.R.S. and past marriages. “I didn’t piss away anything. I gave it to my ex-wives.”

Art then performed brief versions of some of his most popular songs, including “Santa Monica,” “Father of Mine,” and “Heroin Girl.”

Mark, in turn, performed “Fly”—and a hilarious cover of “Jacking Off to Yo Facebook Pics.”