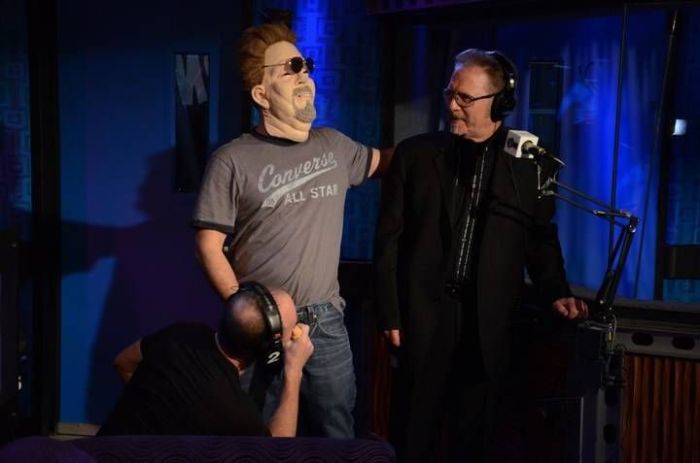 Jimmy said he was fascinated by Ronnie and Richard’s million dollar indecent proposal, as it presented a dilemma to its participants–particularly Ronnie: “On one hand, you want it to be over quickly. On the other, you don’t want anyone to think you were excited by it.” Jimmy also wondered why Ronnie had insisted on wearing a rubber. During their discussion, Gary came in to report two things: 1. Ashley Madison has already announced that they’re “down” to pony up the cash. And 2. Richard agreed, on last Wednesday’s Wrap-Up Show, to take a load to the face (as proof of a job done): “If that’s one of the little demands for me to get the money, I’ll deal with it.” Richard came in to explain: “I’d rather check the condom, to be honest, but I want it to be a funny bit. And I think it’s just funnier.”

Jimmy laughed that viewers were likely to get more than they bargained for: “This is one of those things where you sign up for the pay-per-view, and you’re like, ‘Oh, this is gonna be great,’ and as soon as it starts, you’re like, ‘What the f’ am I watching?'”