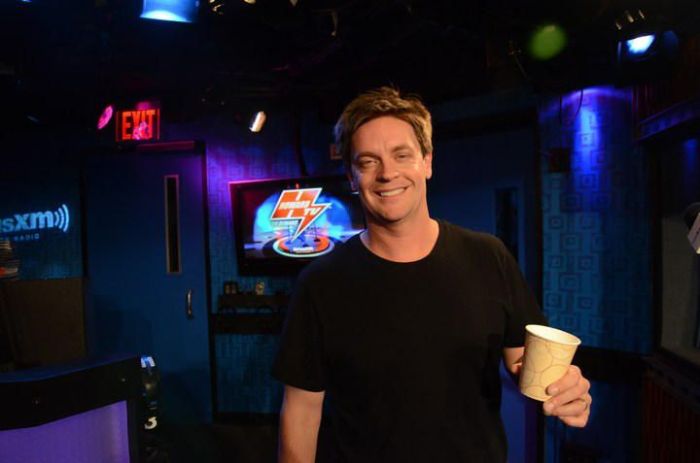 Jim Breuer stopped by to promote his new Comedy Central special “Midlife Madness,” saying it was a survey of his life as an aging, sober comic.

Jim said that might sound depressing, but the alternative, that of a hard-drinking comic, was worse: “They start thinking that’s what they need to be funny and that’s a bad crutch.” Jim remembered “partying my nuts off” so hard as a young comic that he once attempted to stop a woman at his table from disrobing—and was promptly thrown out: “I didn’t realize we were in a strip club.”

Jim said the biggest burden of aging is his parents, both now in their eighties—and living separately. “I had to put my mom in independent living,” he said. “Where she has thrived. I have to say, she’s become a new human.”

She’s even started hinting at a connection with her neighbor: “She’ll say things like, ‘You know, Jerry next door needed help with his microwave oven…'”

But Jim’s father still lives with him and, with the help of a nurse, shits on schedule. “And when he drops a deuce, it lights up the whole floor. It’s a gag festival.”