Joe Eszterhas: Mel and Back

Actor joins the show ahead of “Madea's Witness Protection” 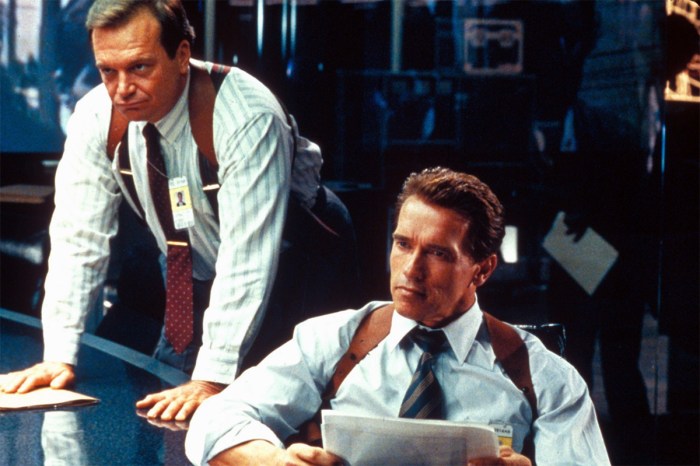 Tom Arnold stopped by to promote his latest film, “Madea’s Witness Protection” and Howard immediately asked if he’d also be participating in the upcoming Roseanne roast. Tom said he would not.

“You don’t start over. You start where you left off. At the horrible spot,” Tom said.

Howard hoped Tom would change his mind and attend the event. “I know in my life there are people who absolutely despise me. And if they were going to roast me, I would only want those people,” he told Arnold.

Tom felt differently, though, saying they tried to reconnect via email in 2010 but things disintegrated “within about 5 emails.”

Asked if he and Arnold Schwarzenegger ever planned to film “True Lies 2,” Tom nodded. He told Howard, “There’s a script done but we’re waiting [on Schwarzenegger].”

“He was Governor and now he’s working his way back into films,” Tom continued. He said the pair remain close friends but not so close that Tom foresaw Arnold’s crumbling marriage. “I did not see it coming. It’s been handled as good as possible by him,” Tom said.

Though Tom said he did rib Arnold about the circumstances at the body builder’s birthday last summer. “He planned his own birthday party. Without Maria,” Tom told Howard. “And you miss Maria [because] he had a boxing ring and made all his assistants box each other. And then he had a mariachi band. And he said, ‘Do some comedy.’ So I said, ‘Hey, I’d like to thank Arnold’s in-laws, his new in-laws, for being here. The Mexican mariachi band.’ And he loved it.”