Friends visit ahead of their film "Hit and Run" 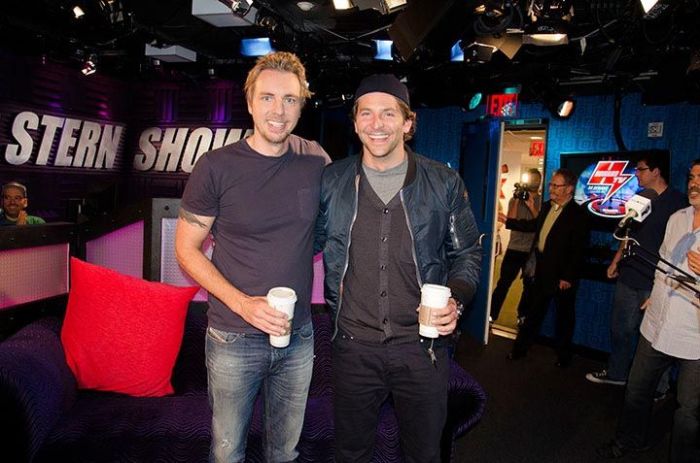 Brad said they’d been “best friends” for over a decade, a connection Dax exploited to get him in “Hit & Run.”

Dax laughed that Brad has turned him down before: “The most recent movie I wrote that we were going to do together, he said, ‘It’s a little bit too much like “The Hangover” for me.'”

Before leaving, Brad told Howard about a “Hangover 2” scene that went wrong when a Thai stripper shot a ping-pong ball from her vagina. “Into my mouth. True story,” he said. “It didn’t go [directly] in my mouth. It touched my lower lip. But that’s enough.”

Not comforted by the disinfectant wipes on-hand, the actor frantically searched for an industrial grade solution. “I went back the hotel and I got peroxide,” he laughed.