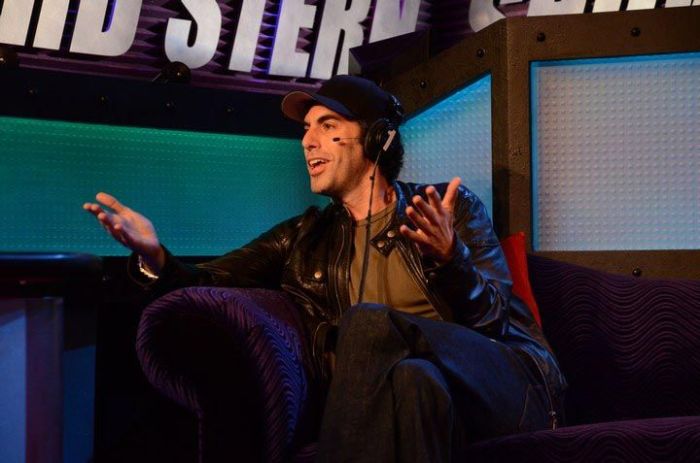 Sacha Baron Cohen called in as his character in ‘The Dictator’, Admiral General Shabazz Aladeen, decrying Jewish control of Hollywood: “Death to Israel is a greeting in our country.” Aladeen went on to claim he’d earned 118 Ph.Ds (“Also a diploma in spray-tanning from the Qatar Community College.”) and was his nation’s #1 drive-time DJ, usually booking “whatever Western woman I have kidnapped that week” as his guest. Asked if he thought Hitler had been the greatest dictator, Aladeen agreed: “It’s like asking, The Beatles, are they the greatest band?” But the late Kim Jong Il was his favorite: “He was the closest to me…in three-inch lifts.” Before hanging up, Aladeen mourned his family: “My mother died in childbirth. Of strangulation. My father died of natural causes. He was allergic to bullets. And my uncle is going to die in a helicopter crash later today.”