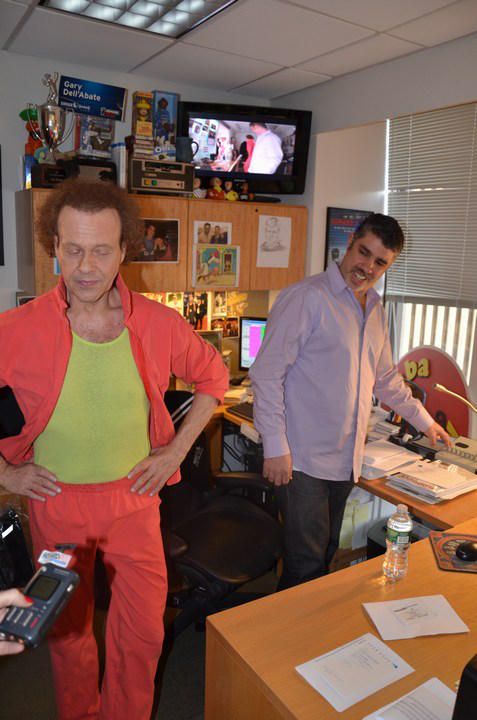 Richard Simmons stopped by to show off his fitter-than-ever body and began gushing before he even sat down: “I love you and I have missed you and you’ve got this new gig! I’m so excited! Are you excited?” Richard spun around: “This was my weight on ‘General Hospital,’ 1979. This is the right weight for my age and bone frame. … I’ve never had a body like this. I just want to show you. Because I’ve never had definition like this.” Richard began talking about how he travelled over 200 days a year teaching classes, but Howard asked him to slow down and take a break: “I don’t feel like you’ve ever been real with me. You’re always on…where’s the real Richard?” Richard took a breath and said he wanted to make people laugh, even if it was at him: “I think it’s because I was obese as a kid. I didn’t feel accepted.”