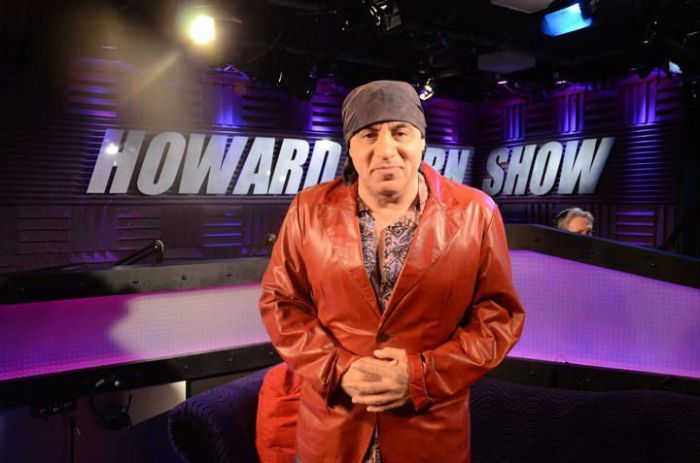 “Little” Steven Van Zandt stopped by to promote his new Netflix series, “Lilyhammer,” and discuss his role as The E Street Band’s #2 in command: “I don’t like the spotlight that much.” Steve said he, Bruce and the rest of the band are more than comfortable together–even when playing the world’s biggest stages, like the Super Bowl: “It just felt like another gig when you get into it.” Steve said Bruce had the songwriting bug from the age of 16: “He was very prolific right from the beginning…I didn’t think to write a song for another couple of years.” Their partnership has served him well: “Bruce is very generous, actually, and I’ve done very well with the ‘Sopranos’…[and] you and I are the only ones with two channels here, actually.” Not like he had any other choice: “I was too small for sports, didn’t want to go to college, didn’t want to do anything. Just wanted to play rock n’ roll.”